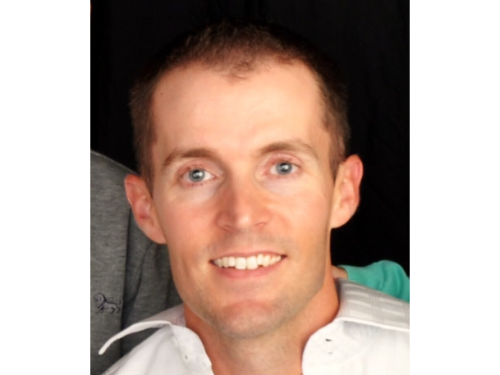 CONFIGURATION IMPORT NOTE:  Importing configuration backups (All, System, or Logical) taken from the UCS Platform Emulator (UCSPE) to physical UCS Manager domains is not recommended or supported by Cisco TAC.  UCSPE backups should only be imported to UCSPE domains.

Please see the Release Notes for a complete list of supported Hardware.  Below is a summary:

3.2.(3e) backup does not seem to work. I let it run for an hour and it just hangs. No xml file is ever created and I am never returned back to UCSM.

Are there logs I can review?

Cisco Employee
I’ve duplicaed the issues with config backups through the UI. The team is investigating now. Backups are working through the API and PowerTool or Python can be used to perform a backup. An overview of the backup using Python is at https://community.cisco.com/videos/15150.

Thank you for looking into this.

I was able to workaround this issue by changing my browser, Chrome, "Automatic downloads" setting to prompt for a download location.

While on the "Backup Configuration" page, as the backup was supposed to be taking place, I did a Ctrl+Shift+J for the Chrome console and saw what looked to be permissions errors .... if that helps.

I am trying to get UCSPE up and running but I keep running into an error. I am getting network interfaces failed. I've tried auto, custom, and dhcp. I cannot geting the IPs up and running. Can someone help me troublethoo this ... thanks

You will have to give us specific details where it is failing. Are you performing the initial config?
https://www.cisco.com/c/en/us/td/docs/unified_computing/ucs/ucs-manager/GUI-User-Guides/Getting-Started/3-2/b_UCSM_Getting_Started_Guide_3_2.pdf

using ucspe/ucspe to login and having a problem

also, there is another error "unable to fetch domain"

any help greatly appreciated . thanks in advance

Any idea when a 4.x version will be out?

Is it possible to configure the UCSPE for a demo Hyperflex deployment using the HX-Installer ova? I have configured the UCSPE with HX-NODES using HX templates and after running the HX Installer, it complains about RAID Controllers the Templates are using, are not supported. Before I try to figure this out, I wanted to see if its even supported or would work.

Hi Guys I have donwloaed the OVA twice and I am trying to set it up the first error i get it around CPU unsupported i am running a I7 8750h. Is this supported ?

Once it all loaded and services show up I am unable to get to the UI from all three of the ip addresses?

I have tried chrome, firefox and edge can you advise ?

Edit this was resolved with clearing the cache in google.

According to this Cisco video I should be able to add a S3260 using a template. That is not working. Nothing happens when I select a template + Add; just like in the video. No device is added to the Chassis table. No errors. Just nothing. I have added a 5108+B200M5+C220 devices successfully.

Your work on these platforms are very much appreciated! Thank you for continuing to release new updates, hopefully it continues!

It seems that both links on box for the .ova and .zip have been removed:

Will these come back up again, or can you advise of updated URLs ? - many thanks.

The page has been updated and the links should be working now, please try the download again.

Latest Contents
Cisco USC-C210-M2 will only detect esxi flash drive install ...
Created by lukutu on 05-18-2022 04:43 AM
0
0
0
0
I'm about to go insane here. I've installed esxi 6.7u1 on my c210-m2, however the bios only detects the flash drive as bootable if I boot the installer ISO first and reboot. I've tried both legacy & uefi bios and no dice, doesn't appear in the BIOS as... view more
F8 CIMC Screen - Keyboard Not Working
Created by Machroxz on 05-17-2022 08:09 AM
5
0
5
0
Hi Guys, Have you guys experienced after pressing F8 and going to CIMC screen, the keyboard stops responding so I can't navigate to the option to change the default password to CIMC. Can someone please share your experience and if you did and fi... view more
UCS C240 M4S, cannot disable mLOM slot
Created by ThomasD86 on 05-16-2022 03:26 AM
0
0
0
0
Hi, I am working with this server that has installed in the mLOM slot this module: https://www.cisco.com/c/en/us/products/interfaces-modules/ucs-virtual-interface-card-1227/index.html   the appliance I am trying to install only wo... view more
C220 M5SX no longer boot after being powered down
Created by DRAGONKZ on 05-13-2022 04:08 PM
0
0
0
0
I've got a weird issue with both of my C220 M5SX servers. I powered down my complete home lab to physically move/roll the rack 10metres across the room to a better spot, and now they are failing to power on/post. They are UCS managed and hooked ... view more
vmnic order changed when upgrading from B200 M5 servers from...
Created by larryschroeder on 05-13-2022 08:38 AM
2
0
2
0
I am installing a new chassis and blades. I cloned the existing service profiles for the new blades. When installing ESXi 6.7, I noticed that the vmnic order has changed. The first four vmnics are labeled as MLOM but are listed last. If the MLOM ports wer... view more
Ask a Question
Create
+ Discussion
+ Blog
+ Document
+ Video
+ Project Story
Find more resources
Discussions
Blogs
Events
Videos
Project Gallery
New Community Member Guide
Related support document topics