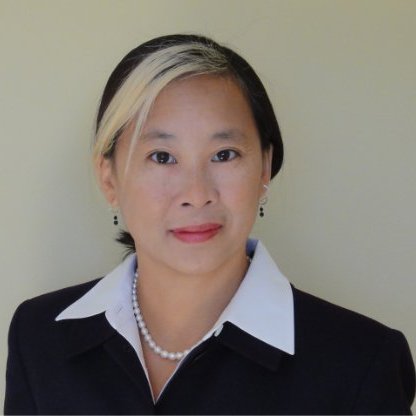 Hello all--I am trying to configure an iSCSI boot where the iSCSI target is a CentoOS VM.  The target-VM lives on a host within the same UCS domain as the server I'm trying to bring up.  I configured an upstream switch with an SVI for the iSCSI VLAN, and the switch can ping both initiator and target, but the target-VM cannot ping end-to-end to the initiator even though it has an ARP entry in its ARP table for the initiator IP,  and an iSCSI-ping from the UCSM CLI also fails.

With the server's service profile, I was previously able to reach an iSCSI target not associated with a host within the UCS domain, and changed only the iSCSI parameters to point to the (new) target-VM.  The iSCSI VLAN is the native VLAN on the server side.  From the target-VM side, if I configure the iSCSI VLAN as native, it breaks what connectivity I have so far.

I know that I won't be able to complete an iSCSI boot without establishing end-to-end connectivity.  Any thoughts or insights would be greatly appreciated.  MM

I would set your iSCSI target/Server vnic with the vlan (not native), assuming your Centos is correctly tagging the traffic.

The btf/iscsi initiator nics are what need to have the iscsi vlan marked as native as the optionROM level client doesn't know how to tag vlan, etc.

Please be aware the initiator IP that lives temporarily in the option ROM of the VIC cards, will not respond to ICMP (I've checked that for other folks on the board before with Multiple versions of UCSM, so it appears to be by design).  Once the host OS takes over that iSCSI initiator IP, the software iscsi adapter would likely respond to ICMP from the OS level.

I would just use the https://www.cisco.com/c/en/us/support/docs/servers-unified-computing/ucs-manager/116003-iscsi-ucs-config-00.html for testing your initiator to target tests:

I did an iscsi_ping from the UCS CLI using the commands you mentioned below, and that does not work.

Please make sure you have the MTU on the initiator vnic set to 1500.  Want to make sure we don't have jumbo frame complications involved right now.

I would also fire up tcpdump on your centOS, and see if you are getting any traffic from your initiators in question, during their boot time when vic option rom is loading.

Do you have any UCS servers in this same UCS domain, that you could locally load ESXi on, and using the same service profile template, configure an iSCSI software vmk to see if you can ping the target IP?

Latest Contents
**New Episode** Cisco Champion Radio: S8|E23 Cisco UCS X-Ser...
Created by aalesna on 06-08-2021 12:40 PM
0
0
0
0
New episode on the Cisco UCS X-Series Modular SystemListen: https://smarturl.it/CCRS8E23  Follow us: https://twitter.com/CiscoChampion The Cisco UCS X-Series Modular System simplifies your data center, adapting to the unpredictable needs of... view more
#CiscoChat Live - Unlocking the Power of your Hybrid Cloud I...
Created by greghami on 06-02-2021 04:05 PM
0
0
0
0
Join us for this #CiscoChat focused on how you can unlock the power of your hybrid cloud infrastructure. A panel of Cisco and industry experts will discuss Cisco’s hybrid cloud strategy and dive deep into the future-ready infrastructure behind it all.
UCS CIMC(Rack server) Technical Support(tech-support) from c...
Created by Tirtha Tripathy on 05-05-2021 02:52 AM
0
0
0
0
How to collect UCS Rack Server Tech support (Command Line) ?   Answer: SSH to the server and login with Username and password Just Copy and Paste below commands for different protocols CIMC tech support will be collected on the remote machine in som... view more
Cisco HXAF240c stuck in Aptio BIOS (used as standalone Ubunt...
Created by alanraczek11 on 11-17-2020 01:00 PM
1
0
1
0
Was trying to get neworking to work on a new Ubuntu install on a UCS server. I did a "shutdown -r" and rebooted the server. Now it seems to be stuck in the Aptio setup utility. I either choose "save and exit" or exit without saving changes and I am brough... view more
UCSB-PSU-2500ACP
Created by julianlopez02173 on 10-30-2020 03:22 PM
1
0
1
0
¿Hola como estás?  Quisiera saber la  compatibilidad de la PSU UCSB-PSU-2500ACPL, con un Cisco UCS 5108 -AC2
Create ContentLogin to create content
Question or Discussion
Blog
Document
Project Story
Video
Related Content
Blogs
Documents
Videos
Project Gallery
Content for Community-Ad