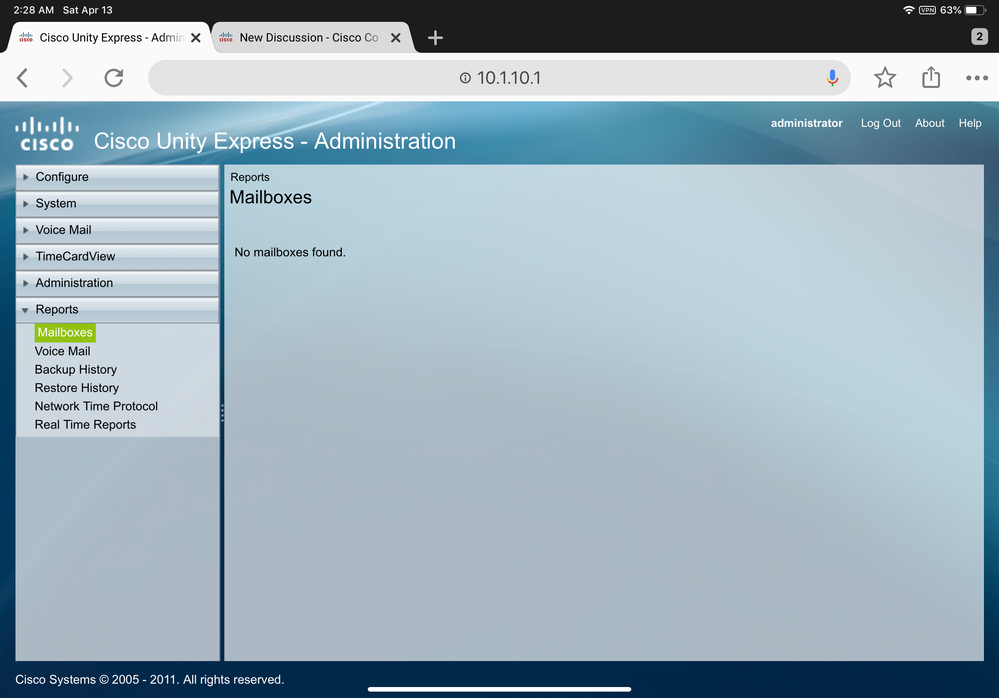 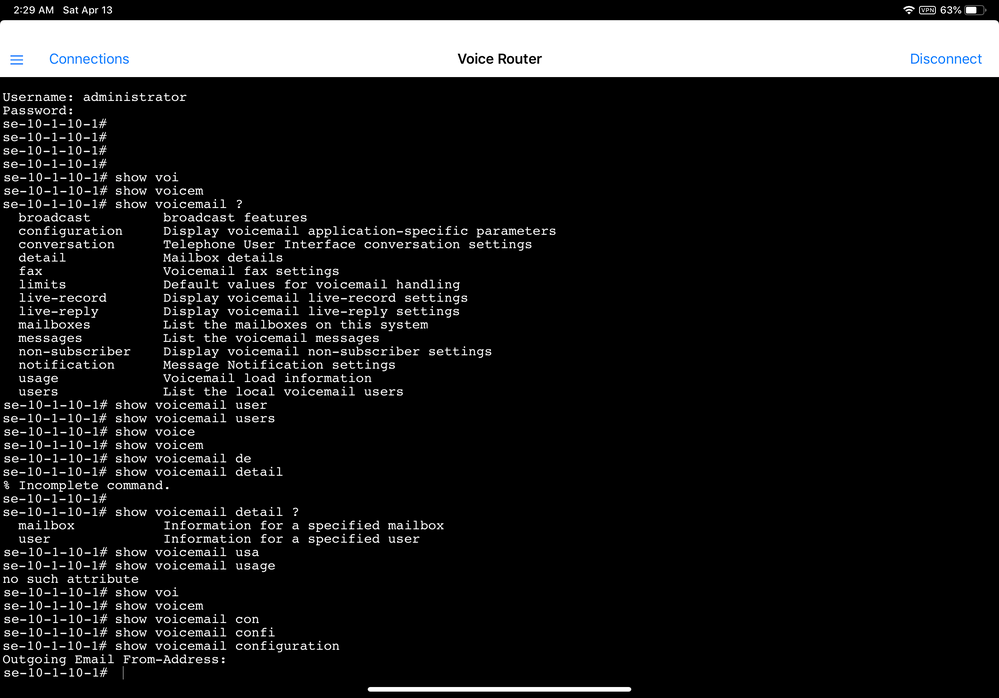 I have a UC560 that was working fine, but after a power outage the CUE module just says “Voicemail System is Unavailable. Try again later.”  When I session into the module and do a show run, I see the error below after the config finishes scrolling:

Also, if I go into the GUI and go to reports it show no mailboxes.  Also seeing errors when I run show commands related to voicemail.  Saying “no such attribute.”  I’ve attached a few screenshots from the GUI as well.  The user accounts are still there. The auto attendant still works.  Everything seems to be working except voicemail.  These are no longer supported and are EOL.  Just trying to see if anyone has suggestions. 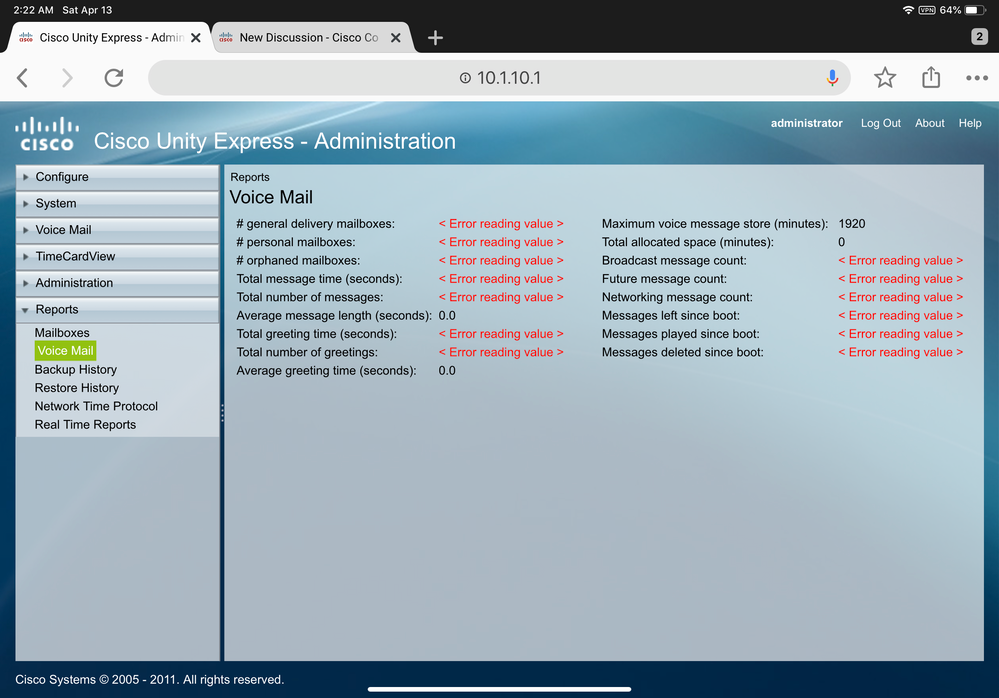 Figured it out.  If anyone else runs into this, let me know.

Beginner
In response to chevymannie

I am having the exact same problem. What did you do to resolve it?

Beginner
In response to chevymannie

How did you solve it?