Cisco Community
English
Register
Login
RegisterLogin
Options
Turn on suggestions
Auto-suggest helps you quickly narrow down your search results by suggesting possible matches as you type.
Showing results for
Search instead for
Did you mean:
Announcements
6907
Views
0
Helpful
10
Replies

Here is an example from the route print output (Windows 7 x64):

So while I think I know what is happening, I have no idea why it is happening or what to do about it. We have tried reinstalling the VPN client (didn't fix it), tried running the VPN client on other systems (same problem) and had folks at various locations repeat the tests. If the DHCP server and the default gateway are the same device, it's no big deal. The problem is when they aren't. 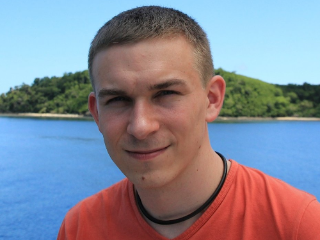 Beginner
I think that AC adds the route to make sure that the PC can renew its dhcp lease (we don't want that traffic tunneled), the DEs probably counted on the fact that the default gateway would u-turn the traffic if the destination was on the same subnet (which is what most routers would do). In your case the u-turning doesn't happen and that's why it breaks.
We can probably open a bug for this, suggesting that if the DHCP server is on the same subnet, then add a route saying
In the meantime, there may be a way to get the ASA to u-turn the traffic (same-security-traffic permit intra-interface), or we can play with local-lan access and full/split tunneling (may or may not work, we'd need to test).
Nicolas
0 Helpful
Reply

My counterpart is opening a TAC case on it. I can post the ticket here for tracking. Thanks! 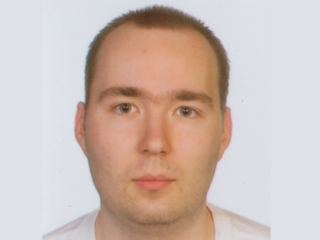 Hello, any result from TAC? I am found this issue in our company, but regarding Cisco IPSec VPN and can't find any reasonable way how to solve it.

If you're in the exact same situation, I'd recommend to allow the traffic to be u-turned on the local default gateway (same-security-traffic command if it's an ASA).

If not, please share your topology and details of the issue so I can take a look.

I found the TAC case that was opened for the thread above but no further resolution took place beyond suggesting to make sure that the u-turning on the default gateway works as expected.

Hello Nicolas, thanks for quick answer. Default gateway is the C3750X device. ASA which serving like VPN concetrator is in different network. Traffic to this ASA is routed from C3750X via ISP's MPLS network. Regarding DHCP server - it is in different subnet than user's workstation and ip helper-address is used on C3750X to reach it.

Is it possible apply your solution to this scenario as well?

I think it should:

What's the route that you see installed on the client by the VPN software?

What's the default gateway of the client on the LAN (when not connected to VPN)?

Do you need to reach that IP over the VPN or is it ok to talk to it outside of the tunnel?

It's much easier to recommend something if I know the topology and we work on a specific instance.

Route installed by VPN on the client:

It must be reached via VPN, because Split tunneling is not allowed in our company due to security rules.

If it will be better I can create TAC case for this issue.

There are a few things to consider here:

- The IPSec VPN client is EoL, so even if we consider this as a bug, it wouldn't be fixed

- fixing the file server access would break the DHCP renew which means there is no completely clean way to fix this, at least not at the IP level since the client can't route to the same destination using 2 different paths.

Is there any chance we could do a static policy NAT for the DHCP traffic so it appears to come from another IP? It's twisted and it may not work (the client might use the DHCP server IP embedded inside the payload and not the source IP) but if it does, then we'd fix the overlap.

Could the server use another IP address for the DHCP service (much like using a loopback for a certain service on a router?)

A third solution would be to NAT the destination server IP on the ASA for traffic from the IP pool going to the server. We'd need DNS doctoring as well to resolve the server's name to the NATted IP. This way the server would appear from the VPN client as being at a different IP, thereby fixing the overlap.

All these potential solutions are quite involved... you may be better off wityh a simpler design: splitting of your server into 2 or using something else to do DHCP for the VPN clients.

Thanks for your effort and advice Nicolas. I will be thinking about these solutions. Anyway, maybe another option can be set another IP to the server via which it can be accessed from VPN.

Yup, this should work as well.