I need a quick assistance on this one. We are deploying a new cluster which is managed by Intersight. We are using VSAN 1 entirely on our environment and already had configured the same on MDS switches and on SAN.

I have defined vSAN 1 on Fiber Channel Port and on Fiber Network Policy so the initiators are visible on SAN. However whenever we try to add the initiator to the storage group and attach a LUN to it the vHBA stops responding and does not add the LUN to VMware ESXi. The vHBA gets times out with messages as below.

We have been struggling for past 3 days to fix the issue but we cannot find a solution and VMware says that its a Cisco issue with NFNIC driver not responding. Upon researching on Intersight document we found that for vSAN policy to be defined on FI you need to create a vSAN policy with FCOE VLAN defined for Fiber channel connection. The link for the same is as below. 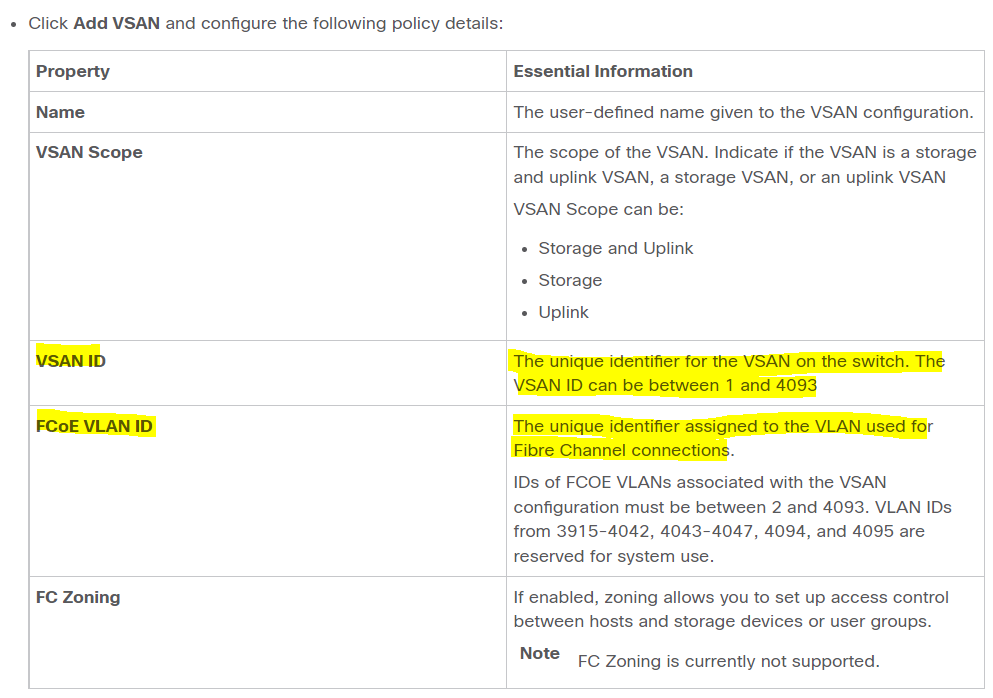 It is clearly mention that you can define VSAN ID 1-4093 on the Fabric Interconnect with FCOE VLAN ID.

However on Intersight when I try I cannot define VSAN 1 as it says that VSAN ID can only be define for vSAN 2-4093 which conflicts the document and we cannot define FCOE VLAN on VSAN ID 1 and thats why I think we are facing so many issues on FC. 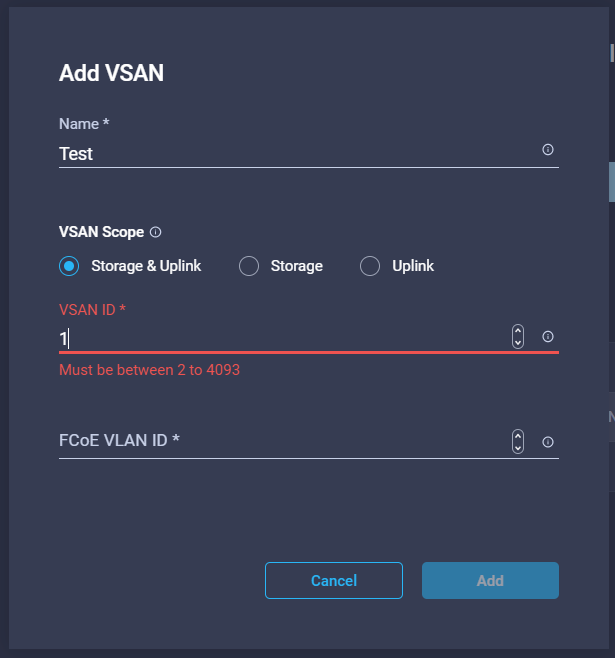 My question is as below.

1. Why can't I define VSAN 1 in Intersight when it is mentioned in the document.

2. Does vSAN 1 by default is defined with a FCOE VLAN to do Fiber channel communication?

3. If point 2 answer is wrong then how can I define FCOE VLAN on VSAN 1.

Looking for a quick answer and resolution here please.

The issue now fix and was hitting the bug below. You need to enable IDLE Pattern on MDS for 6400 FI as this is a ASIC limitation.

The issue now fix and was hitting the bug below. You need to enable IDLE Pattern on MDS for 6400 FI as this is a ASIC limitation.