Cisco Community
English
Register
Login
Would you like to learn more about how to determine if you need an RMA? - REGISTER TODAY!
RegisterLogin
Options
Turn on suggestions
Auto-suggest helps you quickly narrow down your search results by suggesting possible matches as you type.
Showing results for
Search instead for
Did you mean:
Announcements
429
Views
0
Helpful
4
Replies 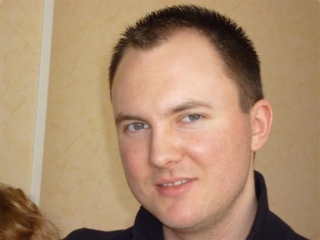 They are on the same subnet. Hence there is a direct network connection between the 2 devices.

After having paired, I have the "loading slides ..." during a loooonng time. After "killing" and relaunching the app multiple times, I can make the slides appear. I left all settings with their defaults. I'm especially referring to the number of slides cached (left to 10 which is the default).

I played a little bit with setting a proxy then unsetting it (to make the iOS "know" that I really don't want to use one). I don't know if this in particular made it work, but that's after that setting/unsetting proxy playing (in the iPhone WiFi network parameters) that it worked.

Is there a bandwidth prerequisite between the 2 devices ? It's been said 1 Mbits/s in the admin guide. I think that's really not a problem on my network (which is a lab network with at most 10 phones).

Does somebody have had the same issue ?

I'm really concerned about it since I want to demo this feature to a bunch of customers and don't want the app the "load the slides" for hours :(

Are you still experiencing this issue with the latest version of the app?

Is this the latest ?

I don't know what version I had when experiencing this problem.

I did not tried lately so I don't know if I still have the issue.

We have fixed the issue you describe in that version. However I just want to make sure that it is working for you.

This is good news!

I'll let you know if it works better as soon as I can test it again.

Latest Contents
Proximity 3.0.7 release notes
Created by mneergaa on 02-17-2020 02:04 AM
0
0
0
0
Proximity 3.0.7 primarily addresses issues with false positives in the ultrasound pairing message decoder. This was reported in to us in the support forums.   The steps taken to address this are: Require higher coinfidence when receiving ultrasound... view more
maxus266
Created by maxus885341 on 10-03-2019 05:58 PM
0
0
0
0
Question Answer
Windows mass deployment guide (new as of version 2.0.8)
Created by mneergaa on 01-19-2018 12:57 AM
2
10
2
10
Cisco Proximity 2.0.8 includes some changes to the Windows installation package to facilitate mass deployment. None of these changes break backwards compatibility. The changes are these added msi properties: LAUNCHPROXIMITY (Default: 1) If set to 0, pr... view more
Cisco Technical Support mobile application overview
Created by David Dube on 07-22-2016 08:43 AM
0
0
0
0
The Cisco Technical Support mobile application for iOS and Android devices provides access to our most frequent support tools and information while you are on the go. Several features are freely accessible by anyone including access to the Cisco... view more
Cisco Technical Support Mobile App Consolidated iOS and Andr...
Created by David Dube on 08-20-2014 04:22 PM
0
0
0
0
Updated Cisco Technical Support Mobile App User Guide (v3.10.X).
Create ContentLogin to create content
Question or Discussion
Blog
Document
Project Story
Video
Related Content
Discussions
Blogs
Documents
Events
Videos
Project Gallery
This widget could not be displayed.