Cisco Community
English
Register
Login
How do YOU and your teams use messaging in Webex? Let us know for a chance to win some Webex swag!
RegisterLogin
Options
Turn on suggestions
Auto-suggest helps you quickly narrow down your search results by suggesting possible matches as you type.
Showing results for
Search instead for
Did you mean:
Announcements
7637
Views
5
Helpful
13
Replies

I am evaluating a Lenovo Thinkpad Tablet 2 (Windows 8 Pro).  I cannot get the client to use the front facing camera.  There are 2 selections in the Camera list, both are Intel Imaging Signal Processor 2300.  Selecting either does not change to the front camera.  Any help is greatly appreciated!  Jabber video client version is 4.5

I have a bit more information.  The tablet's cameras are:

Cisco Employee
In response to irvinematt

This is in regards to Cisco Jabber Video for TelePresence version 4.5.7.16762, formerly Movi.

Cisco Employee
In response to irvinematt

Thanks for the information. We had another customer hit this issue with a HP ElitePad 900 Windows 8 32 bit. They were running 4.6 Jabber Video. Once they disabled the OV8830 Sensor Jabber used the front camera. I will see about getting a bug opened and fixed in a future release.

Beginner
In response to irvinematt

This problem is related to Intel new video capture architecture introduced with Atom Z2760. It has nothing to do with CPU speed/frequency. Z2760  video processing is supported by a separate module being a part of SoC - this is what Intel Imaging Signal Processor (ISP) 2300 is. The problem described here is not limited to Jabber Video and is not a "bug". Rather, Jabber Video implementation predates Z2760.

Please note that Z2760 tablets show in device manager  ISP 2300 as an imaging device. On all other systems this is the entry where cameras are listed. The two OV camera sensors are listed as system devices. This suggests that Intel added extra layer of software to their drivers. Existing applications react in various ways: Jabber Video shows imaging signal processor twice, but DirectShow applications and tools ignore it and only show OV sensors. This is of little help since OV sensor drivers have almost all camera and stream controls locked. I suspect ISP layer does it. In addition, OV capture filters have two output pins: Preview and Capture with different settings. DirectShow can handle two pins but "legacy" applications rarely do since such a selection has not been anticipated.

In other words, Z2760 CPU introduces new video capture architecture where the webcams are not what they used to be. The architecture is utterly undocumented. I reversed-engineered parts of it from the DirectShow side. Since jabber Video shows ISP as a camera, it is most likely not DirectShow based. I suspect however that the correct way of accessing the cameras is via ISP, not via OV devices since only ISP is able to change stream  parameters such as frame size and rate and camera parameters such as exposure and zoom. OV drivers either can't do that or are denied control by the ISP layer.

The Metro video app works fine and so does Skype, so it looks like Intel provided Microsoft with ISP programing model. Perhaps CISCO can get it, too. As for myself, I'm trying to use my private channels at Intel to get this info.

Beginner
In response to marekjp2450

Was there any resolution to this?  Do the new versions of Jabber support the ISP SOC or is there a driver/application that could wrap these devices and make them appear like a standard web camera to Jabber?

Hi, I have the same tablet with the same issue, disabling the OV8830 sensor does the trick. Also all video calls made with the tablet using Jabber Video have greenish hue.

Cisco Employee
In response to adibenedetto18

Yes, looking into the issue further. We don't officially support these tablets due to not supporting Atom based processors. Our processor requirements state that it needs to be a 2 GHz Intel Core 2 Duo or equivalent. These tablets only have 1.8 Ghz processors. At this point Cisco doesn't plan to support the Atom processors in the future.

Hi, could you check it again.

The requirement that you have mentioned is for HD quality.

I not sure if this requirement is the right point that affect the camera control.

Disabling the OV8830 sensor, frontal camera is selected but work very bad, with so dark image.

Thanks for your response. I did check again and I am seeing an inconsistancy. What you found is in the datasheet where as what I was looking at was the PC requirements in the latest administration guide - http://www.cisco.com/en/US/docs/telepresence/endpoint/Jabber_Video/4_6/CJAB_BK_C89F6C9E_00_cisco-jabber-video-for-telepresence_chapter_01.html#CJAB_RF_P9630406_00

I am working on clearing up this confusion however it stands that we will not support the Atom based processors.

Has Cisco changed their minds yet on this issue?  These processors are becoming more popular and businesses need an alternative to iPads. 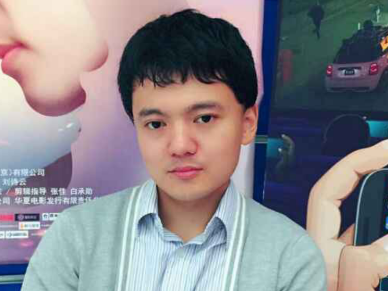 Hi,I have met the same problem,using the tablets,

I am using a Lenovo Helix w/ Intel i5 and have experienced a similar problem.  I've tested on both Windows 7 and Windows 8 with the same results.  Both Cisco Jabber clients crash when the video starts.  Other products like Skype/Google Hangout seem to work fine.

Disabling the rear camera did not solve the problem.  I would appreciate any advice.

Latest Contents
Interworking between SIP and H.323 explained with wireshark
Created by Meddane on 05-15-2022 08:06 AM
0
0
0
0
Understanding Media Negociation in Interworking / Traversal Call : SIP <-> H323 through Expressway. Inside SDP and H245. Both signaling and Media goes through the Expressway so the IP address of expressway is offered to both SIP and H.323 endpoin... view more
SIP Publish Message presence status
Created by Meddane on 05-15-2022 06:23 AM
0
0
0
0
Sometimes you troubleshoot the phone presence status issue, or you are wondering how the status is retrieved by IMP, the best place to start is to look at the SIP Publish message sent by the CUCM to IMP, Capture the SIP Publish message using wireshark, in... view more
Translation Pattern can match the calling number
Created by Meddane on 05-11-2022 10:17 PM
0
0
0
0
The translation pattern is the most important tool in the Call Routing Process on Cisco Unified Communication manager.By definition a Translation Pattern is used to match the DIALED NUMBER (CALLED). After a match is found we perform a digits manipulation.... view more
How to populate Self Service User ID when importing AD Users...
Created by Meddane on 05-11-2022 04:44 AM
0
0
0
0
Sometimes, you want to populate the Self Service User ID and the Primary Extension + the Conference Now Meeting Number automatically with the IpPhone or Telephone Number LDAP Attribute used in the LDAP Directory configuration page when importing AD users ... view more
Bemutatkozik a Webex Room Bar
Created by mmihalyf on 05-10-2022 07:35 AM
0
5
0
5
A Cisco 2022. május 10-én bejelentette a Webex Room család legújabb tagját a Room Bar-t. Az új eszköz a népszerű Webex Room USB/Mini kategóriájában teszi elérhetővé azokat a funkciókat, amik korábban csak a nagyobb Webex Room Kit-től felfelé voltak jellem... view more
Ask a Question
Create
+ Discussion
+ Blog
+ Document
+ Video
+ Project Story
Find more resources
Discussions
Blogs
Documents
Events
Videos
Project Gallery
New Community Member Guide
Related support document topics