Three years back I purchased two ISR routers and shipped them to a data center.

At the time my company was not registered as a Cisco VAR so we purchased them from another company.

When the items were shipped it had my company name c/o the data center.

A year later we became a Cisco VAR and took over as the VAR for both units.

For the past two years the units had their SmartNet contract renewed with no issues.

This year when we tried to renew we were told that the units went to another VAR.

After many calls and emails I finally got to the bottom of it.

The VAR managing the data center's Cisco equipment took over the SmartNet contracts for my routers.

My assumption is that since the ship to address had the data center's name it somehow got associated.

I contacted my Cisco account rep, distributor, opened a case with Cisco, reached out to the data center, and their VAR.

So far either I'm being told to speak to someone else or "we will get back to you".

I have full access to the equipment, invoices, and SmartNet contracts from previous years.

How do I get these units back under my company?

Just as a final update.

The new VAR was able to RMA the contract.

Once that was done I was able to add a new contract on the units.

Cisco should have an easier way for a customer to reclaim their equipment.

Contact your accounts team because this is a very messy (hair-pulling, double-facepalm) affair.

I tried that but I am not getting very far.

I was told to open a ticket in the customer service hub but it's been sitting there for three days.

An escalation didn't do anything.

I'm hoping someone here can point me to another resource to help me out.

Who provided this recommendation, your AM? 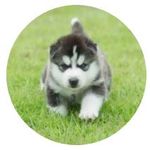 this need to solve with your AM. cisco will request some data from you as a proof of ownership. also it will take some time.

Please rate this and mark as solution/answer, if this resolved your issue
Good luck
KB
0 Helpful
Share
Reply
Go to solution

It's getting to point where I feel that no one at Cisco cares.

This was turned over to a Cisco Contract Management specialist who keeps on asking for the same information.

I sent a copy of the invoice multiple times as well as a "show version" but it seems that the representative is not looking at it and just keeps on requesting the same information over again.

I spoke to the data center and they claim to be working with their Cisco AM as well to transfer it back but at this point it's just sitting.

Is there someone from Cisco that can assist with this?

Hello - not sure if you tried these options but you can also try emailing onesupport@cisco.com (mention your case # you currently opened) or web-help-sr@cisco.com.

I will give that a shot.

So I reached out to web-help-sr@cisco.com and they told me to open a new ticket on the Customer Service Hub.

This is getting close to a month and dozens of emails but so far no luck.

It's crazy to think that someone can "just walk off" with thousands of dollars in equipment and no one at Cisco can do anything about it.

Does anyone else have any ideas?

Hi again - I know this is another email - but I was told you could try and reach out to onesupport@cisco.com (mention the contract management case, etc.).

I tried and it bounced back:

Thank you for contacting OneSupport.

Please note that this channel is no longer available to Partners and Distributors.  Your email has not created a support request and the One Support teams will not have visibility to your email.

You may create and escalate your cases using the Customer Service Hub (CSH). To learn more about CSH, click here.

Just as a final update.

The new VAR was able to RMA the contract.

Once that was done I was able to add a new contract on the units.

Cisco should have an easier way for a customer to reclaim their equipment.


Cisco should have an easier way for a customer to reclaim their equipment.

If you think this was tough, wait until you dip your toes into Cisco Smart License.