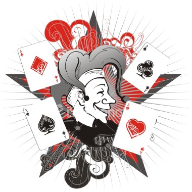 We deployed a new pair of VSM in HA. After that, we powered-off VSM and others VMs to restart ESXi hosts.

After reboot 1000v changed its extension-key so we cannot connect it to vcenter server. VEMs cannot connect to vsm, vms veths were down from esxi cli.

Now, I´m going to follow the procedure to recovere it as an orphaned dvs but anyway I´d like to know the reason why 1000v changed it.

[edit] I´ve already followed the steps to unregister extension and to register again but, after we connected vsm to vcenter again, vcenter shows on /inventory/Networking/1000v a message like this:

The vSphere Distributed Switch configuration on some hosts differed from that of the vcenter server and every host detailed below.

Any idea to sort this out in the future?

Any idea or suggestion?