Turn on suggestions
Auto-suggest helps you quickly narrow down your search results by suggesting possible matches as you type.
Showing results for
Search instead for
Did you mean:
Start a conversation
Options
339
Views
5
Helpful
1
Replies 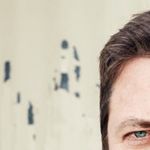 Our site uses 802.1x w/MAC Address Bypass List for port authentication.  This has not been a problem for the past 2 years.  A couple weeks ago our Network Team lead implemented an auto configuration on the ports with ISE where the device gets plugged in, gets power and vlan, DHCP and Option 150 to the TFTP servers.  And the devices Authenticate after ~15 seconds when the three 5-second attempts time out and it goes to MAB.  The devices come up and work fine for about 2,000 phones on site.

Problems began when this autoconfiguration came into play, and a port config looks like this on our 3750-x switches:

Now, we have a few sporadic instances where phones are up and working, then they just drop registration to the CUCM.  Show interface on the port shows UP UP (connected)  Show Auth Session on the port shows Auth MAB, I can get to the device interface if I click on the IP of the device in CUCM, BUT the device will not register, When I do a show IP arp | i <MAC add> it is not arp'ing to the core.

Our network team is looking into something with cached credentials on the ISE servers, as the devices seem to be re-authing a lot, but the Servers are set up to Auth once and be done.

Thank you for your time I had similar problem and opened tac case but they never fixed it. I had to
work around it by using authentication open and explicit ACL to deny any any