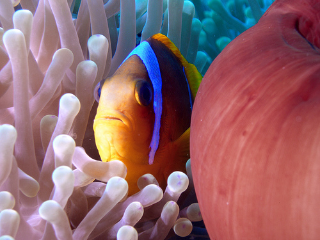 I have a customer who is in the process to attempting an upgrade from Call Manager 4.1(3) to CUCM 6.1(2) as part of the process to upgrade eventually to CUCM 8.0.

Having run the DMA tool no errors are reported but there are a number of warnings, these warning seem to to point to the 'auto answer feature' which is not available on the devices being flagged up.

The devices the DMA seems to flag up is a few CTI Route points and a number of VG224 ports, however for some reason it doesn't seem to flag up all VG224 ports and CTI RP's.

I have found a document on CCO refering to another 'Business Rule Violation' but nothing that fits with the warnings, my questions are:

Has anyone come arcoss this before?

Am I safe to assume that the warnings could be ignored due the attached devices no requiring the auto answer feature and the upgrade could be completed sucessfully?

Could anyone help me with a solution on how to remove the warnings or point me in the direction to change the configuration so this unsupported feature isn't flagged up?

The Auto-Answer feature is something you configure in the DN and not on the device (phone or CTIPort).

What you need to check is not the port itself, it is the DN associated to the VG224 port.

If you open the config of any extension you will see that the URL looks like:

Replace the key with the one above and you will see the config of the DN that it is complaining.

You should be able what Auto-Answer setting has the port configured.

Latest Contents
CMS Webrtc: Associating turn servers with webbridges
Created by Tamer Alphonse on 11-26-2020 10:46 AM
0
0
0
0
Hi,So we are trying a new deployment for WebRTC via expressways from different locations using different URL/webbridges on same CMS" node.the problem is that with multiple Turn Server "local expressways-E" configured on CMS, the Turn servers are assigned ... view more
TSP Link read time out
Created by CHRISTIAN END on 11-26-2020 08:22 AM
0
0
0
0
Hello everyone,after updating the CUCM to the last version 11.5.1.18900-97 a customer complains about errors on an applications server. These errors did not occur before the update. Phones can no longer be controlled. Only after a reinitialization of the ... view more
DRF component & Process node XML Failure
Created by RamKumar40563 on 11-19-2020 05:47 AM
4
0
4
0
Hello, We have been facing issues with backup of drfcomponent.XML & Processnode.XML files to our backup servers during scheduled Backup in our CUCM 11.0 servers.We have been using Titan FTP server for Backup. I see error on backup statusERRO... view more
The Future of Remote Work with Truly Effective Virtual Meeti...
Created by ciscomoderator on 11-17-2020 01:36 PM
0
0
0
0
To   participate   in this event, please use the   button   to ask your questions At the beginning of 2020, no one would have imagined the changes in work and learning habits that we would face in the foll... view more
Webex Room 70 Dual - Add third display?
Created by rontiveros on 11-13-2020 07:54 AM
2
0
2
0
Is it possible to add a third display to the Webex Room 70 Dual? If so, how would that be accomplished? Thank You
CreatePlease login to create content
Discussion
Blog
Document
Project
Video
Related Content
Discussions
Blogs
Documents
Events
Videos
Projects
Content for Community-Ad