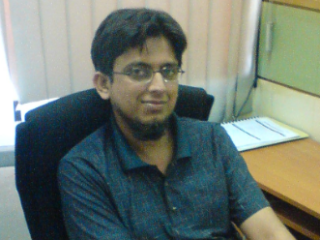 What do PVDM and DSP Do

What is the role of PVDM and DSP cards in router. VOIP, when do we need them and when we can live without it in VOIP world.

Contributor
In response to gogasca

Just to add a note to the good tips from Gonz (+5 points for all your great work buddy!)

This is a very hard question to try and summarize but here is my attempt (lame as it may be :)

Voice termination applies to a call that has two call legs, one leg on a time-division multiplexing (TDM) interface and the second leg on a Voice over IP (VoIP) connection. The TDM leg must be terminated by hardware that performs coding/decoding and packetization of the stream. This termination function is performed by **digital signal processor** (DSP) resources residing in the same hardware module, blade, or platform. All DSP hardware on Cisco TDM gateways is capable of terminating voice streams, and certain hardware is also capable of performing other media resource functions such as conferencing or transcoding.

DSPs that are configured through Cisco IOS as conference resources will load firmware into the DSPs that is specific to conferencing functionality only, and these DSPs cannot be used for any other media feature.

The following guidelines and considerations apply to these DSP resources:

Based on the C5510 DSP chipset, the NM-HDV2 and the router chassis use the PVDM2 modules for providing DSPs.

DSPs on PVDM2 hardware are configured individually as either voice termination, conferencing, media termination, or transcoding, so that DSPs on a single PVDM may be used as different resource types. Allocate DSPs to voice termination first, then to other functionality as needed.

The NM-HDV2 has 4 slots that will accept PVDM2 modules in any combination. The other network modules have fixed numbers of DSPs.

A conference based on these DSPs allows a maximum of 8 participants. When a conference begins, all 8 positions are reserved at that time.

A DSP farm configuration in Cisco IOS specifies which codecs may be accepted for the farm. A DSP farm that is configured for conferencing and G.711 provides 8 conferences. When configured to accept both G.711 and G.729 calls, a single DSP provides 2 conferences because it is also reserving its resources for performing transcoding of streams.

The I/O of an NM-HDV2 is limited to 400 streams, so ensure that the number of conference resources allocated does not cause this limit to be exceeded. If G.711 conferences are configured, then no more than 6 DSPs (total of 48 conferences with 8 participants each) should be allocated per NM because (48 * 8) participants = 384 streams. If you configure all conferencing for both G.711 and G.729 codecs, then each DSP provides only 2 conferences of 8 participants each. In this case, it is possible to populate the NM fully and configure it with 16 DSPs so there would be 256 streams.

Conferences cannot natively accept calls utilizing the GSM codec. A transcoder must be provided separately for these calls to participate in a conference.

Any PVDM2-based hardware, such as the NM-HDV2, may be used simultaneously in a single chassis for voice termination but may not be used simultaneously for other media resource functionality. The DSPs based on PVDM-256K and PVDM2 have different DSP farm configurations, and only one may be configured in a router at a time.

Hall of Fame Community Legend
In response to Rob Huffman

A transcoder is a device that converts an input stream from one codec into an output stream that uses a different codec. It may also connect two streams that utilize the same codec but with a different sampling rate. In a Unified CM system, the typical use of a transcoder is to convert between a G.711 voice stream and the low bit-rate compressed voice stream G729a. The following cases determine when transcoder resources are needed:

Single codec for the entire system

When a single codec is configured for all calls in the system, then no transcoder resources are required. The G.711 codec is supported by all vendors. A single-site deployment usually has no need for conserving bandwidth, and a single codec can be used. In this scenario, G.711 is the most common choice.

Multiple codecs in use in the system, and all endpoints are capable of all codec types

The most common reason for multiple codecs is to use G.711 for LAN calls to maximize the call quality and to use a low-bandwidth codec to maximize bandwidth efficiency for calls that traverse a WAN with limited bandwidth. Cisco recommends using G.729a as the low-bandwidth codec because it is supported on all Cisco Unified IP Phone models as well as most other Cisco Unified Communications devices, therefore it can eliminate the need for transcoding. Although Unified CM allows configuration of other low-bandwidth codecs between regions, the current phone models do not support those codecs and would require transcoders. They would require one transcoder for a call to a gateway and two transcoders if the call is to another IP phone. The use of transcoders is avoided if all devices support and are configured for both G.711 and G.729 because the devices will use the appropriate codec on a call-by-call basis.

Multiple codecs in use in the system, and some endpoints support or are configured for G.711 only

This condition exists when G.729a is used in the system but there are devices that do not support this codec, or a device with G.729a support may be configured to not use it. In this case, a transcoder is also required. Devices from some third-party vendors may not support G.729. Another example where G.729 is supported but might not be configured is with Cisco Unity. Cisco Unity has support for accepting calls with G.729a, but the codec is implemented in software and is CPU-intensive. Because as few as 10 simultaneous calls can cause significant CPU utilization, many deployments choose to disable G.729 on Cisco Unity and off-load the transcoding function to a dedicated transcoding resource external to the Unity server. If your system includes Cisco Unity, determine whether Unity will accept G.729a calls or whether it will be configured for G.711 only.

To finalize the design, it is necessary to know how many transcoders are needed and where they will be placed. If multiple codecs are needed, it is necessary to know how many endpoints do not support all codecs, where those endpoints are located, what other groups will be accessing those resources, how many maximum simultaneous calls these device must support, and where those resources are located in the network

This is a helpful item;

Nice article Rob - thanks for taking the time.

Beginner
In response to Richard McLoughlin

Beginner
In response to DarioSaez

DSP(digital signal processing) PVDM module comes with one or many DSPs.