Welcome to the new Cisco Community. LEARN MORE about the updates and what is coming.
Turn on suggestions
Auto-suggest helps you quickly narrow down your search results by suggesting possible matches as you type.
Showing results for
Search instead for
Did you mean:
Start a conversation
Options
2104
Views
10
Helpful
3
Replies

I have a query here regarding Cisco ISE large setup in multi AD Forest with Time zone and NTP servers setup.

PAN/MNT - located in Czech Republic and having local NTP servers and Time Zone as Europe/Prague. This PAN/MNT is joined to local Active Directory domain which is having different Active Directory Forest. Example - abc.local. We will join this PAN to PSN AD forest as well.

PSNs - One Located in London and have local NTP server and Time zone as Europe/London. This PSN will be joined to its local office AD forest through PAN. Example xyz.local. Which is totally different AD forest compare to where PAN.MNT is joined

Secondary PSN - This PSN is located in Tokyo and have local NTP server and time zone as Asia/Tokyo. This PSN will be joined to its local office AD forest. Example xyz.local same as First PSN. Which is totally different AD forest compare to where PAN.MNT is joined.

and There are some 5-6 PSNs which is already joined to PAN/MNT and having same (Like PAN/MNT) time zone and NTP configured on it and also Joined to same active directory forest where PAN/MNT is joined.

I am Sure i am clear on my query however please let me know if you need more info. 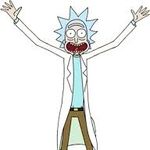 Ideally.. Cisco recommends having the same timezone across the deployment. You can have your NTP servers located at various places but it does not have anything to do with the timezone.

Ideally.. Cisco recommends having the same timezone across the deployment. You can have your NTP servers located at various places but it does not have anything to do with the timezone.

Beginner
In response to Surendra
Options

Thanks for your response and sorry about replying you bit late.

Is it fine if i change the time zone in 2.7 Patch 4  installed ISE node now which is Standalone ISE node now? This ISE Node is not part of Distributed deployment yet. 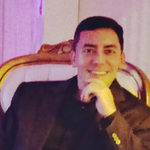 % On ISE Distributed Deployments, it is recommended all nodes be
% configured with the same time zone.
% Changing the time zone may result in undesired side effects
% Recommended to reimage the node after changing the time zone
Are you sure you want to proceed with time zone change? Y/N [N]: Y
System timezone was modified. You must restart ISE for change to take effect."

Take a look at the command at: ISE CLI Commands, search for clock timezone.