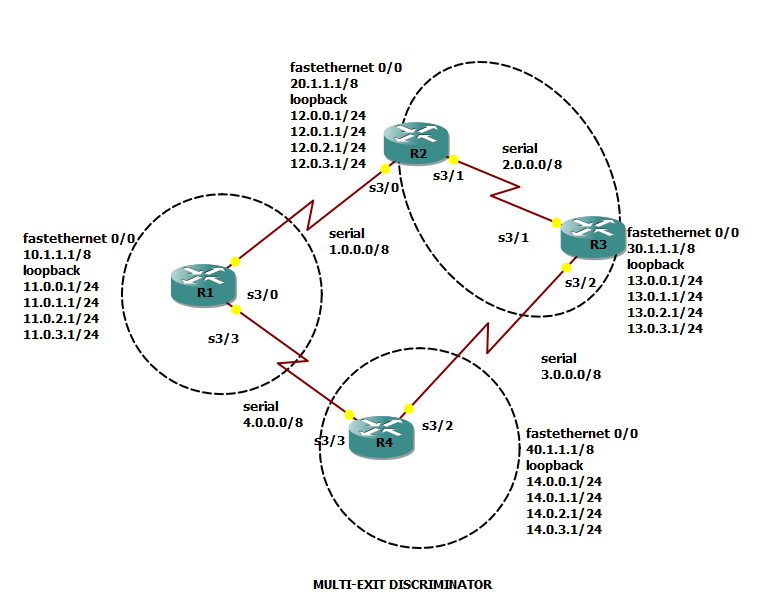 Latest Contents
Show Policy-map interface
Created by Lee Smitherman on 09-19-2020 11:52 PM
1
5
1
5
Hi,I am trying to verify if QOS is working correctly on my switch.  It have a QOS policy applied on all Interfaces and an input direction.  I have two interfaces that are up which are trunk links which also have the same Policy applied inwards, ... view more
Why should I use MPLS L3 VPN over DMVPN ??
Created by laxmicisco on 09-19-2020 11:00 PM
2
0
2
0
Why should I use MPLS L3 VPN over DMVPN ??
Regional internet exit best practice configuration
Created by HarrySandars on 09-19-2020 05:09 PM
0
0
0
0
When configuring the fabric to have a single internet exit point (in DC for example) what's the best way of configuring please? My main issue is that for my nat configuration (on DC edge) I enable NAT on transport interface, and in service VPN I crea... view more
Deploying Servers in a SD-Access Fabric
Created by Redman1804 on 09-19-2020 01:05 PM
0
5
0
5
I have a customer in the education sector who wishes to deploy SD-Access but essentially for use in a server environment although there will be user endpoints like desktops, laptops, printers as well including wireless clients.I am concerned about putting... view more
Deploying Servers in a SD Access Fabric
Created by Redman1804 on 09-19-2020 12:47 PM
0
5
0
5
Pls ignore. Duplicated due to errors on community.cisco.com message board whilst composing - instead please use https://community.cisco.com/t5/software-defined-access-sd/deploying-servers-in-a-sd-access-fabric/td-p/4154178
CreatePlease login to create content
Discussion
Blog
Document
Project
Video
Related Content
Discussions
Blogs
Documents
Events
Videos
Projects
Content for Community-Ad