Cisco Community
English
Register
Login
ANNOUNCEMENT - Security Restructure has finished!. Email and Web Notifications are ON now - LEARN MORE
RegisterLogin
Options
Turn on suggestions
Auto-suggest helps you quickly narrow down your search results by suggesting possible matches as you type.
Showing results for
Search instead for
Did you mean:
124
Views
0
Helpful
0
Replies 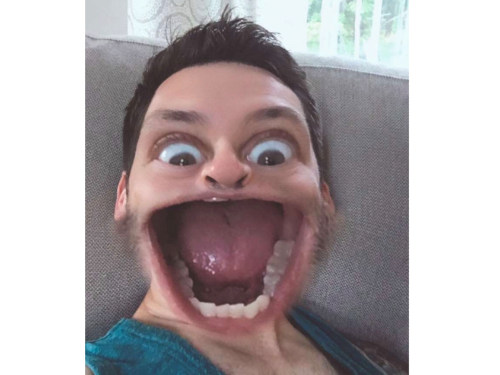 I'm trying to work through augmenting a NED yang beyond the config namespace to include "metadata" if you will when viewed through NSO.  When trying to commit, however, I'm getting an "element not found" which means that the yang model I've created is attempting to be pushed down to the device, which is not the intent.

This leads me to question if it is even possible to do such a thing.  If I move the augment back in the path to /ncs:devices/ncs:device it commits fine - which I guess makes sense since this information is not propagated down through the NED.

Is there a way to augment information on, say interfaces, without pushing those configurations down to the device level and without having to define a whole service that just really maintains some metadata about said interface?  I've tried tailf:cdb-oper { tailf:persistent true } but no joy there ...

My very simple yang is attached.

Labels:
{{liAttachmentName}}
I have this problem too
0 Helpful
Reply
Latest Contents
NSO Developer Days Call for Papers!
Created by Nicklas Wagerth on 02-14-2020 06:20 AM
0
0
0
0
Do you have experiences that you think will benefit the NSO developer community? Take the opportunity to give a talk at Developer Days in June while joining industry peers from around the world for our days of learning and collaboration.   Call for P... view more
Using a for loop in python to go through a list of devices i...
Created by Andrew Melsom on 02-11-2020 10:16 AM
1
0
1
0
Hi All I am new to developing as you will see from my code :P, I am a network engineer trying to learn Devops, and I am struggling a bit with create services that apply configs to multiple devices.I am trying to create my own code to create a l3vpn s... view more
Release Announcement: NSO NFVO 4.2 and ESC 5.1
Created by KJ Rossavik on 02-06-2020 01:40 AM
0
0
0
0
We are proud to announce the release of the latest version of the Cisco VNF MANO solution, including Cisco NSO Network Function Virtualization Orchestrator (NFVO) 4.2 and Cisco Elastic Services Controller (ESC) 5.1. These are used in many of our NSO custo... view more
27 NSO sessions from Cisco Live Barcelona 2020!
Created by Nicklas Wagerth on 02-05-2020 01:58 AM
0
5
0
5
If you missed the event or did not have time to attend all sessions I recommend checking out the Cisco Live content calendar. One of my favorites is Hank Prestons Working 9 to 5 as NetDevOps Engineer and Expand your automation journey with new C... view more
Getting error with maapi.load_config in NSO 5.3
Created by ppratikdutta on 01-22-2020 12:03 AM
1
0
1
0
Unable to write xml file in NSO 5.3 CDB using maapi.load_config with below command"maapi.load_config(m['s'],m['th'], maapi.CONFIG_XML, "Test.xml")" Creating the transaction object as,  th = _ncs.maapi.start_trans(s, _ncs.RUNNING ,_ncs.READ_WRITE) &nb... view more
CreatePlease login to create content
Discussion
Blog
Document
Video
Related Content
Blogs
Documents
Events
Videos
Content for Community-Ad
Key links
Quick searches