I have very limited knowledge on the same , So I am looking for info

I connected with tier-1 ISP via EBGP, what kind of routing table I will get - default,Entire routing table, partial ?

What are they & what are the pros/cons of the same 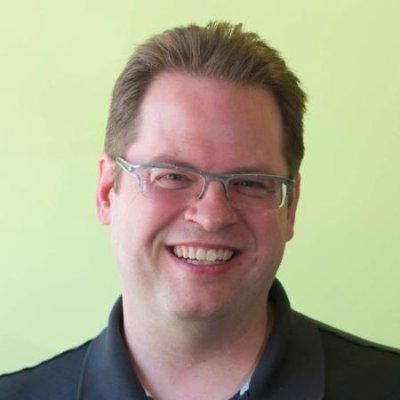 It depends largely on the

It depends largely on the policies of the provider and the nature of your connection with them.

If you have only a single connection, all you really need is a default route because there is no point in asking for anything else. This approach makes for minimal traffic and memory usage, but there's no advantage as far as outbound routing because you only have one destination.

If you're connecting with multiple providers, it makes sense to request a full feed so that you can take advantage of the optimum path to and from your network. The downside is that a full feed takes more memory and processing to maintain.

Ultimately, BGP is more about establishing routing policy than simply taking what you're given, so it depends on what you need and how you want to be reached. Providers that peer with you via BGP are usually open to those negotiations.

The answer is pretty much the

- full routes means that the ISP will advertise to you the entire Internet routing table - and that is BIG.

You ask about the pros and cons of the choices and I like to explain it this way. I start with a question:

- how much information does it take to make a good decision?

Most of us would probably agree that the more information we have the better we are able to make a good decision (and conversely the less information we have the harder it is to make a good decision). But there is a cost to this. The more routes are advertised to us the more memory it takes to store them, and the more CPU cycles it takes to keep up with the updates, and the more complicated it becomes searching through all the alternatives and selecting the best one. So generally we make a compromise about how many routes we want to learn.

If you found this post helpful, please let the community know by clicking the helpful button!
By doing so, and until end of January, you are helping Doctors Without Borders
0 Helpful
Reply
Highlighted

DisclaimerThe Author of this

The Author of this posting offers the information contained within this posting without consideration and with the reader's understanding that there's no implied or expressed suitability or fitness for any purpose. Information provided is for informational purposes only and should not be construed as rendering professional advice of any kind. Usage of this posting's information is solely at reader's own risk.

In no event shall Author be liable for any damages whatsoever (including, without limitation, damages for loss of use, data or profit) arising out of the use or inability to use the posting's information even if Author has been advised of the possibility of such damage.

Rick makes a good point about information for making a good decision.

But, as Rick also notes, you might trade-off the capability of making such a better routing decision for a less capable router.

As both Jody and Rick have described, ISPs can often offer different options for what they will provide you regarding Internet routing information, but it's up to you to decide what you need and the trade-offs.

For a single link to the Internet, probably just using a default is the most common approach.

0 Helpful
Reply
Latest Contents
The Convergence of Wi-Fi 6 and 5G for Organizations
Created by gajewell on 01-28-2020 01:52 PM
0
0
0
0
Wi-Fi 6 vs. 5G: Who is the winner? What’s the best one? Which one to choose?You may have heard these topics in many articles and conversations. But the fact is that if you choose one over the other, you may fail to provide your organization with the best ... view more
HSRP or L3 issue
Created by mrshabbs on 01-28-2020 01:12 PM
1
0
1
0
Whilst carrying out resilience testing to confirm igp/ebgp multipath is working, I have stumbled upon the below issue.The attached sketch crudely shows the topolgy of the network. 2 cores with a cross connect running ibgp, from each of the cores I have 1 ... view more
Cisco DNA Software Demo Series: Wireless Assurance
Created by gajewell on 01-27-2020 01:54 PM
0
0
0
0
Learn how Cisco wireless assurance provides real-time and historical analytics for deep network visibility and simplified troubleshooting. Learn how you can easily manage all of your connected devices and services and identify and solve issues before they... view more
cisco WS-C6506-E NET FLOW
Created by BigK on 01-27-2020 07:58 AM
3
0
3
0
I have a device connected to an access switch port. I would like to configure a net flow to gather the amount of traffic going via the interface. I will be sending all that data to SolarWinds. My question is how do I configure a netflow on WS-C6506. I tri... view more
Using Additional Support Licenses for Cisco 3750G switch to ...
Created by Shiv.AD on 01-27-2020 01:58 AM
3
0
3
0
Hello, We are working on a spare switch (with 12 fibre modules), which needs to be used as the failover switch in our company data centre. Cisco switch model : WS-C3750-12S(PowerPC405) Can you confirm the below : i. Does this switch su... view more
CreatePlease login to create content
Discussion
Blog
Document
Video
Related Content
Discussions
Blogs
Documents
Events
Videos
Content for Community-Ad
FusionCharts will render here