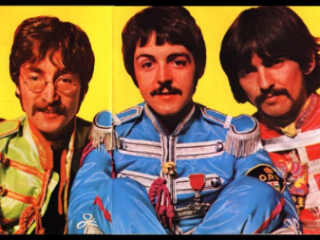 I'm reviewing the redistribution of routing protocols on the above link, and I've got a mental block.  I can't even visualize the underlined portion below.

Can someone try to dumb this down a bit more for me?

Labels:
Preview file
14 KB
I have this problem too
0 Helpful
Reply
8 REPLIES 8
Highlighted

In this case, the static route is being redistributed by R5 into IGRP.

this is good question for routing redistribution

We need to analyze the source of the route from the router's perspective. Let's replace the route from static learned to EIGRP learned and we are going to redistribute this route into BGP.

BGP has a lower Administrative Distance (AD) so you would think the route will be seen as a BGP route on this router, but it won't. The route will be shown as learned via EIGRP because that's its original source. How this could change into BGP? If another router feeds back this route via eBGP. Now, BGP has loop prevention mechanism which will prevent that situation but it can happen if those mechanisms are disabled.

To summarize, don't focus on the AD of the route but the source. On the example above, the router learned the route via EIGRP and it passed this route into BGP so other BGP speaking routers could have reachability to it.

In your case, the route was learned via static and if this router wants to pass this information into other routing protocols, you must redistribute static into each of the routing processes.

If a static route is redistributed into IGRP, it will be advertized to other routers running that protocol.

That is essentially what redistribution does.

However, because the static route has an AD of 1 it will also be in the local routing table, NOT the IGRP redistributed route. (distance 100)

Because the route is not in the local routing table as an IGRP route, it is not redistributed into RIP.

Hope this clarifies your problem.

Advisor
In response to lgijssel

example was you have RIP, eBGP and EIGRP

Advisor
In response to dslice

Absolutely agree. When you cover an interface with a network statement, the routing protocol sets a bit declaring partial ownership. When you redistribute connected, it doesn't set that bit so it isn't considered an owner.