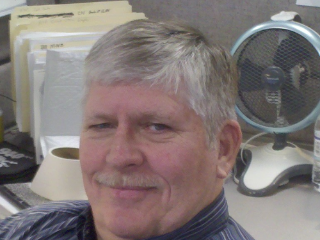 I have a client that is using static NAT to access a server environment.  The user is currently being NAT'ed coming inside to outside, using the standard config.  They want to be able to go from Outside In, using the same IP address.

I have looked at the Outside to In using route maps, but that is not supported in the IOS for this device.

Don't understand what you mean by this -

If so what do you want to happen the other way ie. it would help if you could list all IPs, their translations and the directions for clarity.

Jon, we use NAT to control

Jon, we use NAT to control access into an environment.

I hope I am explaining correctly.

So the user wants to originat traffic Outside to Inside, after he has logged into the serve using the normal Inside to Outside static NAT.

Is there a way to have him originate the raffic in the other direction, in what I am thinking, but may not be correct, as a reverse NAT?

I uploaded a new config that has more IP's.   Thanks

Sorry, I am obviously being a bit dense but I still can't work it out which is why I asked for IPs and directions. I get this part -

I also understand that the user wants to run some apps on his desktop so in effect the client is the server and the server is the client for those apps.

What do you want to happen when a connection is made from the server to the app on the client ie.

source IP, destination IP before getting to the router and then -

source IP, destination IP after going through the router to the client

It really helps if you just list what you want done with the IPs.

And also the apps on the desktop, what are these ie do you know the port number for these apps.

Apologies for not getting this at the moment :-)

Jon, what I beleve needs to

Jon, what I beleve needs to happen, is the reverse of the NAT when traffic comes into the server environment.  There is only one path in and out, so user traffic has to pass through the router and get NAT'd, but that is only one way traffic.  It needs to be both ways.

I guess I should also say there is a firewall in between the router and the server environment.  All the FW does is take the NAT'd address from the router and route it to the correct interface to access the server VLAN.  It is not doing any translation.  So the server sends traffic to the NAT'd address on the FW, and it passes the traffic to the router, but the router wont recogonize the traffic becasue of the one way NAT setup.  It would need to reverse NAT'd back to the originating IP on the desktop.  Thats what I believe should happen.  I just dont have a handle on how to make it happen.

Hope that helps?  Thanks

A static NAT translation is two way ie. both inside to outside and outside to inside.

So if all you want to do is from the server be able to connect to 172.27.224.120 and that gets translated to the PC's IP this should happen automatically with the static NAT you already have setup on the router.

I thought you wanted to use different IPs which is why I kept asking for all the IP information.

If it isn't working then the only thing I can think of is the firewall to be honest because the router should simply do the translation as requested ie.

if the PC connects to the server using RDP for example then the source port is random and the destination port is 3389 and the PC's IP is translated to 172.27.224.120.

So now he is on the server.

As far as I know the NAT translations should not conflict with each other at all as far as the router is concerned.

Because it is a static one to one mapping the ports should not be changed either and if you have an app using port 6901 on the PC  then the PC couldn't possibly use the same port as a random source port for the RDP connection or any other connection.

2) the NAT translation table on the router ie.

get the user to make a connection from the server to the app and see if there is a translation in the table eg. "sh ip nat translations ..."

I'll have a good look through your configuration tomorrow to  make sure there is nothing that could be interfering with the NAT but I think it should work as is (firewall aside).

0 Helpful
Reply
Latest Contents
A beginner question
Created by ezhilcharu on 07-03-2020 09:13 AM
3
0
3
0
QuestionWhat is module number ? i.e. the 0 in 0/1Answer
Capture the Flag is going virtual! Networking missions star...
Created by dbrittin on 07-03-2020 06:09 AM
0
0
0
0
Game on! As a part of Cisco Live US auxiliary programs, we invite you to learn new technologies and obtain hands-on experience in a fun way by playing Capture the Flag (CTF). Your mission: solve interesting challenges based on use-cases, technologies and ... view more
IPv6 on cellular connection on Cisco 1111
Created by kasper123 on 07-03-2020 03:28 AM
0
0
0
0
Hi,I'm trying to setup a cellular connection on my Cisco 1111 router.The interface is UP and it gets a private IPv4 and a public IPv6 address.If I try to send something on IPv4 through the cellular interface it works fine.But there seems to be an issue wi... view more
Group-Based Policy Analytics Deployment Guide
Created by jeaves@cisco.com on 07-02-2020 02:54 AM
0
0
0
0
For an offline or printed copy of this document, simply choose ⋮ Options > Printer Friendly Page. You may then Print, Print to PDF or copy and paste to any other document format you like.   Jonothan Eaves      Que... view more
Is your WAN ready for a multicloud transformation?
Created by gajewell on 07-01-2020 11:00 PM
0
0
0
0
Is your WAN ready for a multicloud transformation? Network Insider Live Webinar Tuesday, July 21, 2020 10:00 am Pacific Time (San Francisco, GMT-08:00) This webinar will show how convergence between SD-WAN and Security is emerging as important new SASE a... view more
CreatePlease login to create content
Discussion
Blog
Document
Video
Related Content
Discussions
Blogs
Documents
Events
Videos
Content for Community-Ad