Turn on suggestions
Auto-suggest helps you quickly narrow down your search results by suggesting possible matches as you type.
Showing results for
Search instead for
Did you mean:
Start a conversation
Options
337
Views
20
Helpful
4
Replies 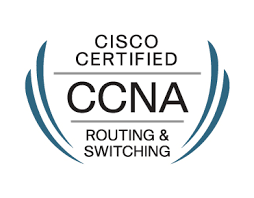 My question is why, when and how would we apply route maps to redistribution.

I get that when you redistribute between two routing protocols such as OSPF and EIGRP we need to adjust the default metrics but not sure how the route map comes into this? If we set the metric manually why would a route map be needed?

I have this problem too
Labels:
10 Helpful
Share
Reply
4 Replies 4

And the question is?

Not sure what you referring to here, maybe give some examples, what you looking todo by setting metric, not route-map not use case for you.

Sometimes we use different use cases to meet different requirements it all depends on what you want to achieve the end goal.

Hall of Fame Guru
In response to balaji.bandi
Options

Route maps can be a complicated topic to explain. I hope this simple explanation is enough to satisfy this open ended question.

Hello
You can be more deterministic with route-maps, as you can match on a alot of variables such as access/prefix list, metrics, source ip/protocol etc..
So an example would be you are performing mutual redistribution and you wish to advertised partial routes with a certain metrics between the two routing processes that relate to an access/prefix list and any thing thats not subject to that access/prefix list would not be advertised or would not set a metric.