Turn on suggestions
Auto-suggest helps you quickly narrow down your search results by suggesting possible matches as you type.
Showing results for
Search instead for
Did you mean:
Start a conversation
Options
402
Views
15
Helpful
9
Replies

Why does HSRP object tracking not fail over to Standby router

However, R2 does not take over as the Active router, unless I additionally shutdown the LAN-facing interface of R1, on which the standby commands are configured.  The reason I configured object tracking was that I thought it would provide a means for R2 to detect an Internet-facing issue and take over when R1 loses connection to its path to the Internet, but after labbing it out, I see that it doesn't work that way, and traffic still goes to R1 (as seen in traceroute), bounces back to R2 and finds its way to the Internet via R2.  This is no different than if I'd not even configured object tracking.

Object tracking was advertised as having some value to be used with HSRP to add additional detection to the Internet-facing interface, but it seems to do nothing practically useful at all, other than change the priority on the active rotuer.  It doesn't seem to precipitate an actual failover to of traffic to the Standby router, unless the LAN-facing interface also goes down.

Please explain what I'm missing, or is it as useless as it seems?

I have this problem too
Labels:
5 Helpful
Share
Reply
9 Replies 9

Hey, I have configured this many times and it works. My guess is you are missing something. Can you share your topology and the HSRP configs on the interface. Track is an very useful feature for HSRP/VRRP as you can do lot of things like tracking an end point, network or your SLA.

Beginner
In response to krajagan
Options

I didn't say I had a problem getting HSRP/VRRP  and object tracking to work.

What I meant is "unless the LAN-facing interface also goes down" this statement is not true. So only I mentioned something wrong with topology. It works without shutting the LAN  facing interface. When R1 priority is reduced than R2 priority, R2 will take up the role of Master and Traffic will flow via R2

Hall of Fame Guru
In response to krajagan
Options

It would help us better determine what is the issue if we could see configuration of the relevant interfaces from both routers. I have seen issues with the symptoms described by @Waterbird. In that case the issue was that the standby router did not include the parameter preempt in its configuration. Just having the priority lowered on the active peer is not enough for the standby peer to take over. preempt is required for the standby to take over as active. I suspect this is what is missing in the original router configs.

Yeah Richard, That is good observation. In VRRP, preempt is by default but in HSRP we have to configure it explicitly.

bro, priority is change, the OLD Standby become NEW Active, This make NEW Active send G-ARP inform all client include the SW that I am NEW Active and responsible of MAC address of VIP.
this is how we use tracking it sequence of Operation end with full traffic toward NEW Active. 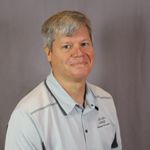 Do you have the keyword "preempt" in the HSRP config? If not, it will never take over for another router unless the router in question goes off line. 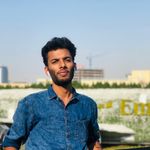 For object tracking to work preemption is required.

## Make sure to mark post as helpful, If it resolved your issue. ##