I have two data centers which we have VCE VBlocks in place.  We are trying to join the VBlocks across OTV and VPlex.  I have hit a snag.  The servers in the remote site can't connect and communicate to the 1000v I am trying to join them to in the primary site.

After some digging and checking the VEM connections on the remote servers I believe it is due to using Layer 2 control/packet setup which is how they were installed originally.  I believe that if I switch the 1000v to Layer 3 (IP Based) that the remote VEM hosts should be able to communicate.

When I change the setting in the domain and connect it to control 0 or mgmt 0 interface (already have an Ip address assigned) what changes if any will the connected hosts have to have done?  Cisco has a script that tries to automate it but it generates errors when I run it.  Would prefer a manual change.  The system management configuration guide shows the commands to change the domain but it does not mention changes to the VEM / connected hosts.

Anyone switched from Layer 2 to Layer 3 domain on a running in service setup?  Any snags or glitches? 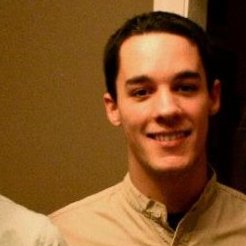 There are no gotchas, but some specific prereqs and procedures.

The procedure is non service impacting and can be found at this link:

Migrating from Layer 2 to Layer 3

There are no gotchas, but some specific prereqs and procedures.

The procedure is non service impacting and can be found at this link:

Migrating from Layer 2 to Layer 3

Beginner
In response to Joe LeBlanc

Thanks.  I came across that section during further investigation.  I was able to switch both ends of the VBlock / 1000v to Layer 3 without issues.  Main item was to define a L3 control VLAN for each Data Center.

We did run into a gotcha of the MTU setting between the data centers was set too low but we were able to adjust that up to Jumbo Frames and our data transfers between sites is operating smoothly now.

Cisco Employee
In response to farmantrout