Turn on suggestions
Auto-suggest helps you quickly narrow down your search results by suggesting possible matches as you type.
Showing results for
Search instead for
Did you mean:
Start a conversation
Options
27894
Views
20
Helpful
15
Replies

we keep getting the following message and I could notr find any information on cisco website and over the web:

what does it mean? 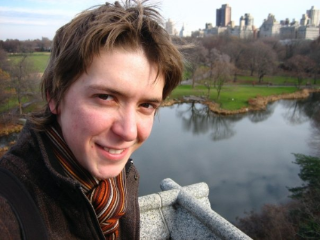 This means your Nexus 7000 received an ARP packet with the hrd/htype field set to 6 (IEEE 802 Networks) rather than the typical 1 (Ethernet). Reference: http://www.iana.org/assignments/arp-parameters/arp-parameters.xml#hardware-type-rules

You could use Ethanalyser to identify the source of these ARP packets, example:

When the INVAL_HDR_HRD_TYPE syslog is seen, look for an ARP packet having Hardware Type 6 in the Ethanalyser output and identify the source MAC address. Use Ctrl+C to stop the capture.

I have the same issue, "Found incorrect hardware type in ARP header: 6", and it's not possible to identify the source with "ethanalyser".

I use this command to capture packeta for the inband interface:

I use this command to capture the packet for the mgmt interface:

The capture filter is to capture all arp packets with the hardware type different from "1".

As it is not possible with ethanalyser to capture packets from other interfaces than "inband" and "mgmt", do you know another method to identify the source of these messages?

Only just caught your reply here. How frequently are you seeing %ARP-3-INVAL_HDR_HRD_TYPE messages? If you're getting nothing in your captures I'd recommend simplifying the capture-filter to just 'arp' and correlating by timestamp, as I've often seen more specific filter strings (even when valid in a tcpdump sense) producing unexpected results due to how Ethanalyser handles the platform header of internal frames.

Regarding "other interfaces", Ethanalyser is a tool for analysing traffic towards the control-plane of the device and all such traffic (on Nexus 7000) passes either the 'inband' or 'mgmt' capture interfaces. Internally there are two Ethernet PHYs towards the Supervisor CPU which can receive traffic from the network, one ('inband') physically connected to the switching fabric to receive traffic redirected from the data-plane (eg. ARP on a user VLAN, ICMP to an address configured on an SVI), and another ('mgmt') which separately connects only to the mgmt0 front-panel interface for dedicated management purposes. All packets reaching the CPU from outside the switch arrive on one of these two capture interfaces and it's likely that frames causing %ARP-3-INVAL_HDR_HRD_TYPE messages would be received via 'inband'.

I also noticed this problem on our N7K switches.

Is there currently a workaround to stop logging these messages ? And anyone know why only the N7K log this messages ? I mean the C6K VSS doesn't recognize these nor we saw any log message about these packets...

Beginner
In response to kgras
Options

With your solution, I found where ARP packets with hardware type 6 originated.

This is an IBM mainframe configured with an LLC protocol on Ethernet II.  Disabling the LLC protocol corrected the proble.

Thank you very mich, your answer is much appreciated.

thanks a milliion... finally found this thread.

These ARP-3-INVAL_HDR messages (I'm seeing them on a pair of nexus 5010) were driving me crazy.

[the thread could possibly be marked as "correctly answered"]

I agree, having the mac in the error message would have been extremely helpful ...

We have enhancement CSCub10429 "ARP-3-INVAL_HDR_HRD_TYPE error message should reference source MAC." open to include the source address directly in this message.

Need to delete and recreate ethernet line, setting "ETHSTD(*ETHV2)" to only use Ethernet Version 2.

Beginner
In response to diepes
Options

Although I found the source causing "ARP-3-INVAL_HDR_HRD_TYPE error message, how do I configure the Nexus 7000 for not having these messages?

Do you have an update regarding this issue?

I've the same type of messages in my nexus 7000 coming from iseries too.

We have the same problem, could you share how to disable LLC protocol on IBM mainframe?

This is annoying because the log is flooded by these messages. It is therefore not possible to use the log to troubleshoot. I just want to know how to configure the Nexus 7000 that does not take account of these messages, but I do not know how.

Does anybody knows how to configure Nexus 7000 so that it does not take account of these messages ?

I found a way to get rid of "ARP-3-INVAL_HDR_HRD_TYPE" error messages.

So, I used this command:

But I will get rid of all "ARP-3-xxxx" messages.

Not elegant, but it works !