Cisco Community
English
Register
Login
Great changes are coming to Cisco Community in July. LEARN MORE
RegisterLogin
Options
Turn on suggestions
Auto-suggest helps you quickly narrow down your search results by suggesting possible matches as you type.
Showing results for
Search instead for
Did you mean:
3613
Views
0
Helpful
2
Replies 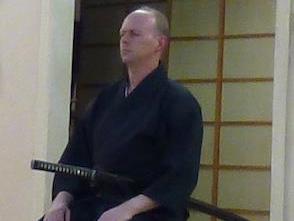 While I find IOS XR to be very powerful and flexible, especially with the RPL, I have found a few things that appear to be missing, which are completely possible under the classic IOS...

For example, performing OSPF route filtering based on the tag present in the SPF update.  While XR permits SETTING a tag in the ospf_area_out and ospf_redistribution attachpoints, it doesn't support MATCHING the tag on ospf_area_in or distribute_list_in.

There is a similar problem when matching a tag and advertising the route in BGP, using the tag to set a specific community..

In general, it appears that most attach points allow for SETTING the tag attribute, but there appear to be none (except sfp-prefix-priority) that allow MATCHING a tag that has been set elsewhere on the network.  This sounds like an omission or an oversight to me.

Imagine a prefix 10.1.1.1 injected into the network from several different locations ("anycast" of sorts).  Each point of presence tags the route with a specific tag.  The injection is done through redistribution, and is injected with a metric type-1 external and initial metric of 4 (allowing for increase in metric across each hop through the network)

Now, In one PoP you want to FILTER out the routes origined at a specific PoP, but not the same prefix from a different PoP.

The above works perfectly under classic IOS.

Under IOS XR, one would have thought that this could be accomplished this way:

However, this cannot be applied because the tag attribute is not valid to match in the distribute-list attach point.

Another possibility would have been

but again, "tag" attribut is not valid to match in the ospf_area_in attach point.

I can find no work-around to this problem.  Filtering on prefix itself is not an option since it needs to be ACCEPTED from certain origins but not others.

Any logical reason why the ability to match on tag when doing route manipulation and filtering was omitted in IOS XR when it's been available for a very long time under classic IOS ???

I had this problem as well.  What we discovered was that we needed to be on recent code and the command structure should be:

I know this is serious thread necromancy, but hope this helps.