Delete vlan.dat from 4948 when in ROMMON

We've migrating some 2960s to 4948s and apparently copying over the vlan.dat and startup-config doesn't treat the 4948 real well after a reboot.  It's getting memory allocation errors and just loops at booting IOS.  We've since cleared all configs and set to ignore system config but the same problem continues to happen with the error snippet below.  My next guess would be a problem with the vlan.dat file, but you can't get to the cat4000_flash: filesystem from ROMMON.  Are there any other good tricks for this?

00:00:07: %C4K_IOSMODPORTMAN-4-POWERSUPPLYBAD: Power supply 2 has failed or been turned off

Alternate Pool: None  Free: 0  Cause: No Alternate pool

what about booting from TFTP?

Beginner
In response to milan.kulik

The IOS software on the switch is fine, it was booting before without problem.  There is some sort of problem after bringing over the vlan.dat file from a 2960.  I've tried a few times to bring the MGT port up and try booting from TFTP just to rule it out, but I haven't been successful get IP connectivity on the MGT port.  I get physical up and I can see arp resolution correctly when trying to ping, but haven't gotten successful communication yet.  Still working on that piece.

I thought the easiest fix would be to del vlan.dat from cat4000_flash: but the 4948 doesn't let you get to that filesystem when in ROMMON.  That's the trick I'm trying to find. 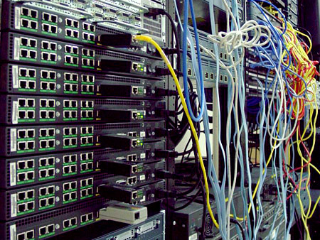 when you get into the rommon , did we try executing the flash_init, load_helper and then try the 'dir flash:' command.

The following error message clearly shows that it did not like the vlan.dat file.

Alternate Pool: None  Free: 0  Cause: No Alternate pool

Please let me know if this was helpful.

Beginner
In response to podhillo

Thanks for the response, but those commands are not available in ROMMON on this unit and version of SW at least.  They all respond with command "