Cisco Community
English
Register
Login
Great changes are coming to Cisco Community in July. LEARN MORE
RegisterLogin
Options
Turn on suggestions
Auto-suggest helps you quickly narrow down your search results by suggesting possible matches as you type.
Showing results for
Search instead for
Did you mean:
27047
Views
49
Helpful
7
Replies 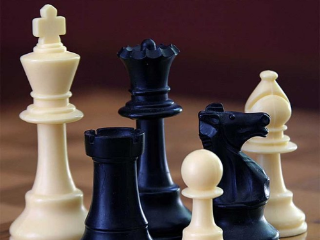 It will be a great help if some of you can explain me all differences between a layer 3 switch and a multilayer switch with example for both type.

The generic widely used term multilayer switch means a switch that can do layer 2 and/or layer 3 switching on the same platform. This definition is used interchangeably with layer 3.However, multilayer switch is also used to describe switches which can make decisions on informnation in layer 4-7 as well.

Switches That forward  frames based on Layer 3 and 4 information contained in packets. This is known as multilayer switching (MLS).

A multilayer switch can have ports configured as layer 2 or layer 3. And is capable of routing packets between networks (VLANs).  A layer 3 switch is basically a router (albilty to have very fast and with a bunch of ports).

layer 3 means its capable of routing between vlans and able to join eigrp, rip and things. you can make any of the ports on the switch a routed port. this means you can use a layer3 switch exclusively as a router if you wanted to.

Thanks to your post I learn something , I did not know a multilayer switch exist.

I only know normal switch on LAYER 2 (MAC)

And MANGAGEBLE swithces on LAYER 3 (IP)

But here on the WIKIPEDIA link you will learn all about :

I hope this will help you , and do not forget to rate this post if it was usefull

Beginner
In response to Didier1966

The MPLS labels are advertised between routers so that they can build a label-to-label mapping.

These labels are attached to the IP packets, enabling the routers to forward the traffic by looking at the label and not the destination IP address.

The packets are forwarded by label switching instead of by IP switching.

could any of you point out some examples for both models?

That's way too broad of a question to answer briefly Ahmed.  One thing forgotten in other posts above is that L3/MLS's cannot do NAT.  Also other series of L3/MLS switches do not work with certain routing protocols.  While the 3550/3560 are considered Multilayer switches, they can't do NAT, but a 45xx/65xx/76xx series multi-layer switch can.  The 3550's cannot use ISIS for routing protocols, and are limited for BGP due to memory constraints, i.e. full routing/partial routing tables...  You'll need to dig around for each model to find out what they can/cannot do...  Sorry to be brief, but it is a very large topic that depending on the switch model can do certain things...

Beginner
In response to Eric Bretthauer

Thank you for this VERY GOOD INFORMATION , I did not know about the NAT.