Cisco Community
English
Register
Login
COMMUNITY HELPING COMMUNITY - With your Community actions and contributions, we will donate up to $10,000 to UNICEF by end of January- PARTICIPATE
RegisterLogin
Options
Turn on suggestions
Auto-suggest helps you quickly narrow down your search results by suggesting possible matches as you type.
Showing results for
Search instead for
Did you mean:
291
Views
0
Helpful
8
Replies
Highlighted

Hi all, I know eigrp is a hybrid , what do they class it as on ccna, link state ? and does it get updates via unicast from all the other routers like ospf etc, or does it only learn from its directly attatched neighbours ?

EIGRP is hybrid but it exhibits the link state property as well. When the EIGRP routers becomes neighbor, they send the entire routing table to each other (distance vector property) and after that only the routing changes are forwarded (Link state property). It uses a multicast IP 224.0.0.10 to send updates to other routers or vice-versa.

So it only sends the full table once then ? and then after that does it only forwards its changes via multicast, is this the same as ospf etc ?

Cisco Employee
In response to carl_townshend

Yes.Please go through the EIGRP design guide for better understanding of it.

EIGRP is a distance vector protocol, it's not a hybrid.... If you know of a test or cisco doc's that say it's a hybrid, please, please email me with a link or information about where to find it.

Beginner
In response to ruwhite

Rising star
In response to kofflerg

Thanks for the reference.... I'll get that one fixed. 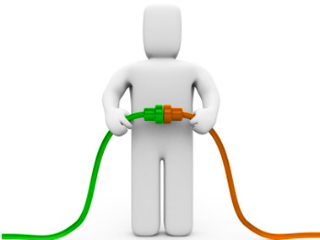 Good Day! Here is a brief summary of EIGRP based on what I've read on Sybex CCNA reviewer.

uses the concept of autonomous system to share routing information

Support for IP, IPX, and AppleTalk via protocol-dependent modules

Support for summaries and discontiguous networks

Uses a series of tables to store information about its environment

Feasible distance - best metric along all paths to a remote network. Found in the routing table.

Reported distance - metric of a remote network reported by a neighbor

Feasible successor - is a path whose reported distance is less than the feasible distance, and is considered a backup route. Up to 6 feasible successors in the topology but the one with the best metric is placed in the routing table.

reliable multicast - eigrp process to learn neighbors using multicast. If a neighbor does not respond, it will send a unicast to resend the same data. After 16 unicast attempts, the neighbor is declared dead

usedby EIGRP for selecting and maintaining the best path to each remote network. This algorithm allows for the following

* Backup route determination if one is available

* Queries for an alternate route if no route can be found

EIGRP Metrics - any combination of four

Rising star
In response to albert.remo

I think the reason people believe this is because EIGRP establishes neighbor adjacencies--but what makes a DV protocol DV is that you only send what you're using, rather than flooding everything.

You could, in theory, make a version of RIP that uses neighbor adjacencies, reliable transport, and only sends updates when needed, rather than periodically, but it would still use Bellman-Ford, and hence, it would still be DV.