Turn on suggestions
Auto-suggest helps you quickly narrow down your search results by suggesting possible matches as you type.
Showing results for
Search instead for
Did you mean:
Start a conversation
Options
4013
Views
22
Helpful
14
Replies

I have this problem too
Labels:
0 Helpful
Share
Reply
14 Replies 14 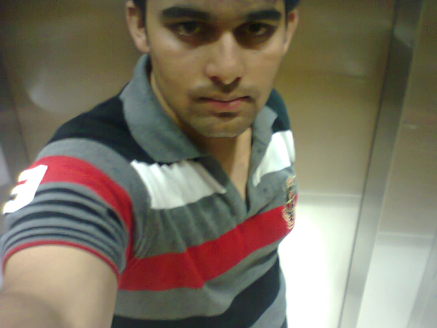 Yes it is possible to dual-home fex to two Nexus5K or 7K by creating VPC on Nexus5 or 7K.

Below is the config to be done on each 5K box.

lets say I have a requirement to build a network with 1500 or so 10G server ports....distributed...top-of-rack design.

I am trying to find a cheaper way to do it with FEX modules....but there are so many damn caveats and limitations........

Let me understand the requirement.

-The OS ratio[3:1] that you are referring to is 3 virtual servers per physical server, right?

-If that is the case it comes around 500 physical servers.

Please let me know if i am on right track.

Ameya, no, that is not correct. I am talking about 1,500 10G physical server ports. I am not talking about virtualization at all.

Also, the core must NOT impose any oversubscription at all. So, what you get is a 3:1 ratio from any server to any server. A frame is generated by a server, it is sent to the 3064 and goes up to the core with a 3:1 os ratio imposed...then the core forwards the frame back down to another 3064 that has the destination server attached.

Think of a leaf and spine architecture - a CLOS. I would use the 3064 but it is insanely expensive. I just gave it as an example so you can understand one POSSIBLE solution.....I would rather use a FEX-based solution, but I dont understand all the caveats and different ways to connect ...and limitations....etc.

Sooooo, I guess talking about the coming-soon-to-a-store-near-you Nexus 6000 (that's not a type-o) is out of the question?

Ok, so you have 1500 physical servers that require 10 Gbps bandwidth.  My questions are:

I'm not talking about the Nexus 3K because this model is geared up for ultra-low latency and was specifically designed for large financial institutions (such as stock brokerage houses).

For this card to push 480 Gbps you need a minimum of 5 of the newer Fabric-2 cards.

However, you have reiterated several times that you have a budget problem.  That'll be sad because the Nexus family is geared up for dense 10-, 40- and 100 Gbps traffic.  Unfortunately, recommending 6500 with Sup2T would be irresponsible for me.  So, I won't.

Can you have a look at the Excel attachment which will give you some statistics of what each can/can't do.

What is the best way to connect FEX to 5K, straight fiber connection from N2k to N5k or dual connections from one Fex2k to two N5k?

Suppose, I have a setup where, I need to connect two FEXs to two N5k, and I need to use pure 10gig ethernet on some servers, FCoE on few servers, and some of my storage is native Fibre Channel, other is FCoE, and I also like to connect two Fibre switches with N5k.

All servers will be connected to FEXs and storage and other Fibre switches will connect directly to two N5Ks.

Beginner
In response to sajid_m123
Options

It totally depends on how much redundancy you want to exten till your server and also more importantly availability of 10G fiber ports on servers.

My recommedation wud be for you to connect FEX to 5K in a straight fashion if you dont want VPC configuration extended to servers.Have 40gig straight cables bundled in portchannel to your 5K.

If you want VPC to be extended to your blade servers connect the FEX in dual fashion to both 5K.

Fex2232P is a good option for 10G fiber uplink to servers.

Beginner
In response to ameya_oke
Options

Enthusiast
In response to sajid_m123
Options

Im sorry, maybe I am not being clear...

Imagine 32 racks, each with a Nx3064 on top. Simple...thats 48x32=1,536. And then they can uplink to Nexus 7Ks with 40G cards ..core must be NON BLOCKING with NO oversubscription. Server to server must be 3:1  oversubscription....period....so I cant have traffic going through the crosslink...has to be server to fex to core switch back down to fex to destination server.....no core switch to core switch cross traffic so no oversub is added...so that would mean I need vPC between cores

All in All..VERY EXPENSIVE! I would rather do it using FEX modules at the top of rack....that will give 4:1, but not bad...acceptable....

So, again, I am asking very straightforward questions...

So let's say you have all 8 uplinks connected.  Next you want to know how many SFP+ you can use per 2232.  Well, that depends upon your "tolerable" amount of over-subscription.  If you want 3:1 then you can have up to 24 SFP+.

Please understand that your over-subscription rate need to correspond to what kind of line card and Fabric card you have on your 7K chassis.  For example, let's take the above example.  Let's say that you've connected the 2232 (with 8 SFP+) to an M132XP ... This blade has an 80 Gbps bandwidth.  Ok, so you can only connect one 2232.  Fine, but what if you only have ONE Fabric-1 card?

When you say vPC a single 2232 to TWO Nexus 7K ... are you sure you want to do this?  Cisco has slowly re-drawn their recommendation about this.  Some whispers are starting to emerge that doing this scenario may "work" in paper but not recommandable.  They recommend, instead, to vPC a single 2232 chassis to a single 5K/7K and let the server become dual-homed.

You can connect up to four 2232 but YOU WILL get an oversubscription rate of 8:1.

I have given you an Excel file that will give you a heads-up of what you can/can't do.

Ok, let's presume you are talking about Layer 2.