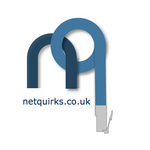 I have been working on the attached network in GNS3. This is taken from a Cisco text.

R5 is the DR for the source PC. R4 is the querier.

Despite the images of the server and the PC they are both routers with ip routing disabled and a default gateway set. "ip igmp join-group" is used on the PC router to join the group. The server router can successfully ping this group member.

Now if I do not have 'ip pim spt-threshold infinity' configured the following happens... an RPT is built from the RP (R3) to the DR (through R4 to R5 - R5s RPF is the RP is actually through R3). On R5 out (*,G) outbound list is null. This is because it has made an SPT via R2 directly to the source. Wireshark captures confirm the ICMP packets are taking this path. This is what the text says.

However when I configure the 'ip pim spt-threshold infinity' command on R5, it is stil forming a SPT tree via R2. At first I thought that I was seeing the SPT being built by R4 back to the source. But I can confirm that the SPT that R4 builds goes through R2... so R5 should not have any (S,G) SPT entry... yet (contrary to what the text says) everything behaves as if it does.

Is there a reason why this would be the case?

Configs attached also. Thanks in advance.

I have this problem too
Labels:
configs_3.zip
100 KB
0 Helpful
Share
Reply
0 REPLIES 0