Cisco Community
English
Register
Login
Welcome Cisco Designated VIP 2021 Class in the 10th Year Anniversary of the Program -- CHECK THE LIST
RegisterLogin
Options
Turn on suggestions
Auto-suggest helps you quickly narrow down your search results by suggesting possible matches as you type.
Showing results for
Search instead for
Did you mean:
7847
Views
0
Helpful
7
Replies
Highlighted

I am having an issue at one of our remote agencies whereas we are getting numerous mac-flap notifications on our switches.   This has become kind of a hinderance as we are getting tired of seeing these messages.   The end users havent been complaining, but the log messages are annoying.

It's usually occurring with the same mac-addresses over and over.   Upon further investigation, we found the mac-addresses are all on laptops which have both wireless and wired nic's.    There are wireless AP's (cisco 1242's) in use which they can connect.  We also found where the error is popping up as they move from wireless into docking into their docking station which has a lan cable attached.    I was under the assumption that the wireless mac and wired mac were different numbers and therefore if the wired was up simultaneously with the wired, as it switched over, they shouldn't get a flap.

How can I correct this....or is it correctable?

I have attached a diagram to show my scenario, keep in mind those are just a few of the MANY msg's we have been receiving.   If anyone

can explain this to me, I'd appreciate it.

Labels:
Preview file
182 KB
1 person had this problem
I have this problem too
0 Helpful
Reply
7 REPLIES 7
Highlighted

Are the users with these laptops roaming wirelessly across floors ie. could they be connected on bottom floor before then going back to floor 2, for example, where their wired connection is ?

yes, its very possible.   I would say most generally, they would stay on their floor, but they could very easily move from floor to floor.

I also believe that they may be able to connect to the AP's on the other floors since they can probably pick up the AP signal.

Do you think that's what is causing my issue?

Beginner
In response to jonesl1

The wireless card and LAN card in the laptop will definitely have different MAC addresses.

We had the same thing with the wireless MAC addresses a while ago and I put it down to devices associating with different APs as they moved through the building (these were handheld wireless scanners in our case). However, there did also seem to be one or two laptops which I didn't think would move around so much.

I upgraded the IOS on the APs and the distribution switches (C3508s) but that didn't resolve the problem. The c3508s were later replaced by 3750-12S switches, but we still had MAC flap messages being reported. As all of the MAC addresses in question were wireless devices, I ended up ignoring the messages and putting it down to the devices roaming between APs.

The strange thing was that a couple of months after installing the 3750s, the problem went away!

I still think it was to do with wireless roaming though.

Not sure if all that is of much help to you or not.

It is worth checking if the MAC addresses that are flapping are the wireless card addresses.

Beginner
In response to peter.mainwaring

That does help....thank you for your response.  I will defnitely check that and see if they are the wireless nic's on all the devices. 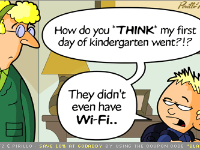 This can also happen during HREAP local switching roam

The reason for this is that the client MAC address is learnt on the local switch by 2 different ingress interfaces. Ona  layer 2 roam the wlc will forward the client entry to the second wlc ( the ap where the client roams to, is on a different wlc)

This document has the information

was the issue resolved ??