Turn on suggestions
Auto-suggest helps you quickly narrow down your search results by suggesting possible matches as you type.
Showing results for
Search instead for
Did you mean:
Start a conversation
Options
1285
Views
10
Helpful
4
Replies

An MST region is defined by bridges sharing the same config name, config rev and vlan to instance mapping digest. If that is the case, how do you define MSTIs within a region since by definition, an MST region will have only a single MST instance..?

You are correct, in that all switched within a MST region must share the following.

You define MSTI's within an MST region by doing the following

MSTI, will have a CST (or Common Spanning Tree) and, you will have two MSTIs that will have the vlans specified above.

I do know that the MSTI, helps when MST, comes in contact with another switch running PVST+, that whole spanning-tree domain (if you will) will be like one big switch.

I'm sure the MSTI, can be defined better, but I hope that helps. 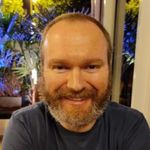 John has provided a very good introduction - please allow me to add some details.

No, this would be a misunderstanding. A region can internally contain multiple MST instances, and that is why you may want to have multiple regions - in order to allow each of them to have their own set of instances, their own mappings of VLANs to these instances, their own root bridges in individual instances etc. What is true, however, is that in each region, there is a special instance MSTI 0, also labeled as IST (Internal Spanning Tree), which is the only one that interacts with the world outside a particular region. Because the region uses only a single instance 0 when talking to another regions, it appears as a single huge switch to another regions and to non-MST parts of the network that may run older STP versions. Perhaps this was the source of confusion.

Thanks for the in depth explantion.

So from my understanding now, the better way to describe MSTI 0 from my point of view woudl be. MSTI 0 is a special instance, within a MST region, that interacts with the world outside of its local region, and it appears to be a single huge switch whe ntaling with other regions and to non-MST parts.

So MST RegionA would communicate with the PVST+ region via, MSTI0, and would see the PVST+ (domain if you will) as one big switch?

You are heartily welcome.

Yes, that is correct.

Let's first talk about normal STP or RSTP instead of PVST+. PVST+ complicates things by an order of magnitude.

With PVST+, the situation is more complex. MST tries to make the region appear as a single identically configured switch in all VLANs to the PVST+ domain. This is accomplished by taking the MSTI 0 information and replicating it into PVST+ BPDUs for all VLANs on the boundary ports between the MST region and the PVST+ domain. This is called PVST+ Simulation. Because the BPDUs for individual VLANs sent out from MST region boundary ports will contain exactly the same information derived from MSTI 0, the PVST+ domain will consider the MST region to be a single switch identically configured for all VLANs.