Welcome to the new Cisco Community. LEARN MORE about the updates and what is coming.
Turn on suggestions
Auto-suggest helps you quickly narrow down your search results by suggesting possible matches as you type.
Showing results for
Search instead for
Did you mean:
Start a conversation
Options
929
Views
5
Helpful
5
Replies

QoS configuration - set and markdown in one map 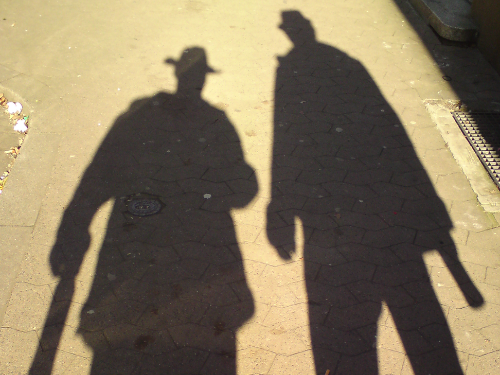 I'm not sure how to proceed with my problem, probabely I my idea is wrong, because I didn't found any examples of such confiugration, but then, what is the right way?

Incoming packets have a DSCP value of 0, so I have in any case to set an AF value.

So what I did:

At the end, I'm going to use an egress policy, with DSCP based WRED and queue-limits for AF2x; but to first of all, I have to mark incoming packets with AF2x values.

May be it is better to mark all traffic matching ACL-AF21 with AF21 and then set in the output policy:

could it be the better way?

btw. I just noticed, that cat3650 doesn't offer "random-detect dscp" command in policy map configuration menu - is there another way to adjust WRED? 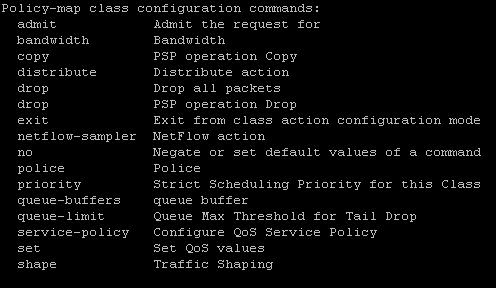 What is the better way to achive my goal?

thanks for answers, the solution was an update to version 16 (everest), there is possible to set "conform-action set-dscp-transmit <value>"

I'm unsure where that policy will work as desired. The conform portion doesn't also offer a set-transmit option?

If it doesn't work as desired, can you use an ingress policy to mark all traffic in that class to AF21, allowing the policer to down mark the overrate traffic?
0 Helpful
Share
Reply
Go to solution

@Joseph W. Doherty wrote:
If it doesn't work as desired, can you use an ingress policy to mark all traffic in that class to AF21, allowing the policer to down mark the overrate traffic?

I just added a second possibility to my initial post - do you mean this option? It is possible, but I'm also there not sure, if it work like this.

will queue limits applay, to differentiate between AF21, 22 and 23? (apparantly WRED is not available, so only tail drop is possible - isn't it?)

Hall of Fame Master
In response to Thomas Schmitt
Options

I believe what the bandwidth percentages are doing is setting a WTD which would only take effect when the egress queues starts to overflow. Also unsure whether packets need the correct AF markings before entering egress or whether those set by the policer would also be processed. BTW, the WTD is one aspect of WRED, is basically the same at the final threshold value, i.e. no percentage drop before it's reached, also (again) it would require actual queue congestion.

What I was suggesting was in ingress policy to set all class AF2x to AF21, then allowing the egress policy to down mark if some traffic is overrate. I.e. I'm not sure whether traffic that conforms to the policer would get the AF21 marking.
0 Helpful
Share
Reply
Go to solution

thanks for answers, the solution was an update to version 16 (everest), there is possible to set "conform-action set-dscp-transmit <value>"

Hall of Fame Master
In response to Thomas Schmitt
Options

Ah, so a later version does support the set option with conform. Nice to know.
0 Helpful
Share
Reply