Cisco Community
English
Register
Login
Thank you for your support! We're happy to announce that we met our goal for the Community Helping Community campaign! LEARN MORE
RegisterLogin
Options
Turn on suggestions
Auto-suggest helps you quickly narrow down your search results by suggesting possible matches as you type.
Showing results for
Search instead for
Did you mean:
946
Views
15
Helpful
7
Replies 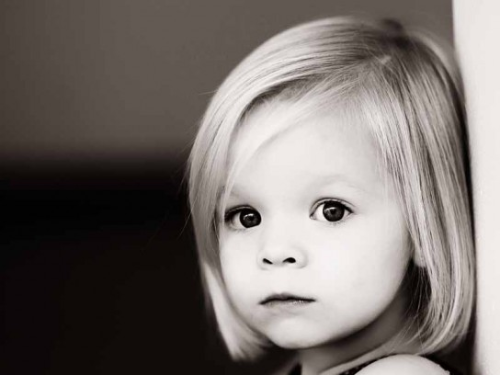 question about 7200 booting up time when using different ios ?

when i bought the router , there were a defualt ios which is named as

note that using this ios when reloading my router it takes about 2 minutes only or less .

when reloading the router , it takes about 2 minutes and 40 seconds

when using another ios i type the command  as below :

how to enhance the router booting up  time???

can i reduce this time to some thing lesser than 2 minutes ????

and why using the other ios it takes more time ??? is this natural event ??

here is output of disk2

Every IOS is different. Some take longer than others.  It also depends on the feature set you are using.  There is not much really you can do to make it boot faster.  I have seen the same thing with 3750 series running IOS 15.  It also takes a long time to boot specially the first time.

hi ,thanks for ur reply

but im facing a strange problem which is alot of  config commands was hidden ,

i mean before reload router many times every thing is ok ,

does using serveral ios and reloading router many times may lose config in startup ???

Hall of Fame Expert
In response to Ahmed M Alzaeem

Reloading and loading different IOS images does not effect the config.  If you see some of the config that you originally had on your router and doesn't show up is because those command are not needed in the new IOS or the way you implemented them is different from the old IOS.

Also, reloading IOS is not something you would need to do often, as most features can be enabled without reloading the IOS.

There is actually way to speed up your IOS boot time which is called warm reboot,

Hope it will Help

Hall of Fame Expert
In response to AhmedSonba

That is only in case of software crashes:

From the link you provided:

A warm reboot should be used only for forced software crashes. Hardware failure of any kind will result in a cold reboot.

When you switching from one IOS to another, you need cold boot.

I totally Agree there is no doubt about it  if you want to load to a new IOS than you certainly need to make the normal  cold boot.

Beginner
In response to AhmedSonba

i remembwered the reason of my problem ,

when using ios of ipbase which  reject alot of config , it seemed i made write====>copy   run to start ,and in this case the rejected configs werent added to stratup config  whe nusing the newer iso .

so we migh take care when using may ios and and saving  configs.

Latest Contents
OSPF NSSA Area Type In depth Exploration
Created by meddane on 01-18-2022 04:51 AM
0
0
0
0
Basic configuration of all routers: R1:ipv uni!interface Loopback0 ipv6 address 1::1/64!interface FastEthernet0/0 ipv6 address 12::1/64 ipv6 ospf 1 area 0!interface FastEthernet0/1 ipv6 address 13::1/64 ipv6 ospf 1 area... view more
AppQoE & WAAS FAQ
Created by pkhilola on 01-16-2022 03:56 AM
0
0
0
0
AppQoE:  What is AppQoE? AppQoE is a WAN optimization stack and optimizes WAN traffic for different use cases for applications that are deployed on-prem or in cloud. What are the benefits of using AppQoE? AppQoE improves application experience by d... view more
Cisco Application Quality of Experience (AppQoE) for WAN Opt...
Created by pkhilola on 01-16-2022 03:01 AM
0
0
0
0
The application delivery challenges have been the enemy of network since the advent of Internet. So, what are these application delivery challenges that can bring down a network to its heels? Above are some of the common problems faced not only by tradit... view more
2021 IT Blog Awards announces finalists
Created by Amilee San Juan on 01-10-2022 04:22 PM
0
0
0
0
It is our pleasure to officially announce the finalists in the 2021 IT Blog Awards. Now we are looking to YOU, our amazing tech community, to weigh in. Check out the amazing educational content we've uncovered and vote for your favorites before Friday, Fe... view more
SD-WAN Advanced Deployment version.F 2.1
Created by Mohamed Alhenawy on 01-03-2022 11:04 AM
0
10
0
10
SD-WAN Advanced Deployment    What is SD-WAN? SD-WAN is Software define wide area network and SD-WAN is key part of the technology of software-defined networking . SDN is a centralized approach to network management which abstract... view more
Ask a Question
Create
+ Discussion
+ Blog
+ Document
+ Video
+ Project Story
Find more resources
Discussions
Blogs
Documents
Events
Videos
Project Gallery
New Community Member Guide
Related support document topics