Cisco Community
English
Register
Login
ANNOUNCEMENT - Security Restructure has finished!. Email and Web Notifications are ON now - LEARN MORE
RegisterLogin
Options
Turn on suggestions
Auto-suggest helps you quickly narrow down your search results by suggesting possible matches as you type.
Showing results for
Search instead for
Did you mean:
3253
Views
19
Helpful
11
Replies
Highlighted

We are having two 6509E core switches along with 22 3560g edge switches. The edge switches have dual uplinks, one to each core. We have enabled rapid spanning tree on all switches. I am somewhat confused about on which edge switch ports "loop guard" and "root guard" "bpduguard" should be enabled. We dont want a situation where someone connects another switch and that becomes the root.The core switch vlans are on HSRP with even vlans active on core2 and odd vlans active on core1.

Would someone please explain about the best solutions/practices that they have come across?

The loop guard feature is enabled on a per-port basis.if BPDUs are not received on the trunk port for only one particular VLAN, only that VLAN is blocked (moved to loop-inconsistent STP state).Loop guard must be enabled on the non-designated ports (more precisely, on root and alternate ports) for all possible combinations of active topologies.

BPDU guard and root guard are similar, but their impact is different. BPDU guard disables the port upon BPDU reception if PortFast is enabled on the port. The disablement effectively denies devices behind such ports from participation in STP.

Root guard allows the device to participate in STP as long as the device does not try to become the root. If root guard blocks the port, subsequent recovery is automatic. Recovery occurs as soon as the offending device ceases to send superior BPDUs.

Thanks for the reply. We are using rapid spanning tree throughout. Portfast command is used make a port to be in the forwarding state faster in places a802.1d is running.But since we use rstp there is no need for "spanning-tree portfast" and hence bpduguard. Is this correct?

Also on access ports where users are connected do i need to enable roots guard to prevent an STP election in case someone connects a switch to the access port? ( Assume rstp is running)

Even when running Rapid Spanning Tree, it's still a good practice to run portfast on ports you know will connect to end devices, since they are marked as "Edge" ports and easier to identify. Just make sure to run BPDUguard or BPDUFilter as a protection method. More info: 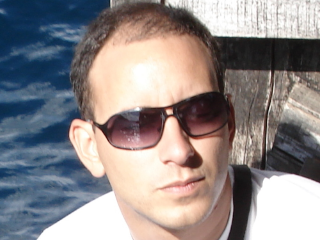 Hi, if you do not run portfast on ports you will connect to end devices (hosts, routers, etc), every time a topology change occurs in the access vlan of these ports, they will transition to blocking and then from blocking to forwarding state in 30 sec. That is because the ports are not "edge" ports.

I would like to clarify your question on use of portfast on edge ports: here is what cisco says on that " Unlike PortFast, an edge port that receives a BPDU immediately loses edge port status and becomes a normal spanning tree port. At this point, there is a user-configured value and an operational value for the edge port state. The Cisco implementation maintains that the PortFast keyword be used for edge port configuration. This makes the transition to RSTP simpler."

You are correct - there is no need for port-fast config on edge port.

- as per root guard on edge port, I would rather enable bpdu-guard, this will make sure no one can plug in a switch to the network. rootguard will still allow a switch to be connected as it kicks in only when it detects another switch with lower bridge priority than current root.

here is a good reference for STP features use:

Core switches will have trunk links to access switches, so enable rootguard on core switch ports so that new switch doesnt take over as root with superior bpdu.

Dear Serguei, I'm not agree with you. With RSTP (or Rapid PVST+ or MST), if you don't enable portfast on ports connected to end stations (or routers), when there is a TC the agreement-proposal handshake does not work fine on those ports. The switch running RSTP sends a BPDU with the proposal bit set but there will be no answer from the router/end station, so the switch thinks there is a legacy switch running STP connected to that port and the transition from blocking to forwarding takes 30 seconds. That's why you need to configure these ports as edge-ports (with the "portfast" command).

Here is a fragment of the "3560 configuration guide":

The RSTP provides for rapid recovery of connectivity following the failure of a switch, a switch port, or a LAN. It provides rapid convergence for edge ports, new root ports, and ports connected through point-to-point links as follows:

â€¢Edge ports: If you configure a port as an edge port on an RSTP switch by using the spanning-tree portfast interface configuration command, the edge port immediately transitions to the forwarding state. An edge port is the same as a Port Fast-enabled port, and you should enable it only on ports that connect to a single end station.

Max, looks like you are right here. Cisco is using fortfast command in very confusing way to define edge ports. it's not very clear from documentation.