I have a network hooked up to a VLAN-based router through an SRW-2024P switch. There are multiple VLANs running in parallel over the switch I am attempting to hook up a device that has no in-built VLAN capability and I need it to be on VLAN 10.  Unfortunately, I cannot seem to get the switch to tag / untag the traffic on the port.  Every time I attempt to change the PVID value to "10" from "1", I get an error saying that the PVID is invalid.  Please help.

Labels:
Everyone's tags (3)
I have this problem too
0 Helpful
Reply
2 REPLIES 2
Highlighted 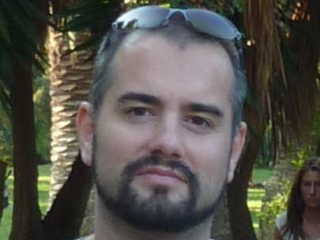 Re: VLAN Tagging on SRW-series switch

I can't say that I have any experience with this type of switch. But is there any option to creating a VLAN before trying to assig it to a port?

Re: VLAN Tagging on SRW-series switch

The VLANs are all generated on the switch, and assigned to the correct ports.  The issue is that I cannot set the PVID at all unless the port is in "general" mode, and here it will not allow me to set the PVID to anything other than 1 (the default untagged VLAN port).  According to Cisco's own instructions, changing this parameter will force untagged packets coming into that port to be tagged with the correct VLAN tag.  However, I keep getting a "Put in a valid PVID value" error every time I attempt to change this to VLAN 10 instead of VLAN 1, despite the fact that VLAN 10 is already defined on the switch.

I've seen this error on both the SRW224G4P and the SRW2024P, both running their latest version of fimrware.  I even tried downgrading the firmware of the SRW2024P, but that did not resolve the issue.

I should also note that the Linksys / Cisco SLM2008 smart switch handles VLAN tagging / untagging in the same way, and on that switch changing the PVID for the port behaves exactly as expected.

0 Helpful
Reply
Latest Contents
cisco qos: match protocol ssh does not work - neither with a...
Created by Luca Pecchiari on 07-09-2020 12:24 PM
0
0
0
0
Hello i try to apply this map, it works but i have an issue with ssh traffic that start from the pc inside and goes outside. (Cisco 887VA)SSH It is not recognized neither by match protocol ssh and neither by the acl match access-group 114Guys, please what... view more
Cisco Champion Radio: S7 | E24 The Evolving Wi-Fi 6 Landscap...
Created by aalesna on 07-09-2020 10:15 AM
0
0
0
0
Cisco Champion Radio · S7|E24 The Evolving Wi-Fi 6 Landscape: Wi-Fi 6E / 6GHz Explained Cisco Champion Radio · S7|E24 The Evolving Wi-Fi 6 Landscape: Wi-Fi 6E / 6GHz Explained In this episode of Cisco Champion Radio, you’ll hear from Cisco spectrum and ... view more
A beginner question
Created by ezhilcharu on 07-03-2020 09:13 AM
3
5
3
5
QuestionWhat is module number ? i.e. the 0 in 0/1Answer
Capture the Flag Networking Missions Extended Through July 1...
Created by dbrittin on 07-03-2020 06:09 AM
1
15
1
15
You have an extra week of fun!  Capture the Flag has been extended through July 17.  Register using the links below.  As a part of Cisco Live US auxiliary programs, we invite you to learn new technologies and obtain hands-on experience in a... view more
IPv6 on cellular connection on Cisco 1111
Created by kasper123 on 07-03-2020 03:28 AM
1
0
1
0
Hi,I'm trying to setup a cellular connection on my Cisco 1111 router.The interface is UP and it gets a private IPv4 and a public IPv6 address.If I try to send something on IPv4 through the cellular interface it works fine.But there seems to be an issue wi... view more
CreatePlease login to create content
Discussion
Blog
Document
Video
Related Content
Discussions
Blogs
Documents
Events
Videos
Content for Community-Ad