Unity Connection Recording not heard when calling from iPhone

Has anyone experienced an issue when a person calling from a Verizon iPhone consistently cannot hear the called parties greeting play or leave a message?  I have some users with Verizon iPhones that are reporting this issue.  Our entire company has been converted to Cisco’s phone system.

Employee A calls from a Verizon iPhone to Employee B’s DID, Employee B doesn't answer the call within the standard RNA duration, when the greeting should play but they hear nothing but silence.  Occurs when calling any DID number at that location.

- Attempts to leave a message anyway are unsuccessful.

- Attempts to call the site’s main number and then be transferred to the DID, were also unsuccessful.

Calls same DID number but with any other type of smartphone or the Verizon iPhone (noted below) - is able to hear the greeting play and leave a message.

So, far I’ve narrow down the Verizon iPhone phone specs:

Anyone have any suggestions besides switching Carriers?

What do you have for PSTN connectivity? Doubt its a system problem, very strange.

Agreed, it is a very strange issue.

The particular site reporting this issue has a PRI circuit.

We have a centralized CUCM environment using SIP to connect to the local Gateways. But the majority of our local Gateways have PRI's and a few have POTS lines (I'm not positive if call to a POTS site makes a difference).  Eventually we'll be moving to SIP trunks from the Gateways. 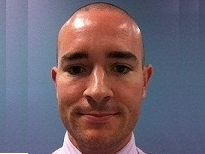 Enthusiast
In response to jclement

Does this issue only occur when diverted to voice mail? Does it work if the person answers the call?

Are you able to debug the ISDN q931 to compare a working and non working call?

I agree with George, maybe more involved with carrier connection especially if you are using SIP for this and not ISDN