Intel released a statement today with additional information about a reboot issue associated with the microcode update for Broadwell, Haswell, Skylake and other processors, and is advising customers to not deploy select versions of the previously provided microcode. As a result Cisco removed UCS Manager 3.2(2e) and Cisco IMC 3.1(2e) from Cisco.com over the weekend. Intel also confirmed that they have identified the root cause for the reboot issues on these platforms, and have provided the first beta version to vendors, including Cisco, for testing. While we work closely with Intel to finalize a solution to remediate the involved issues as quickly as possible, Cisco will hold deploying new releases of microcode updates for UCS Manager and Cisco IMC software.  For further updates from Intel click here. For further updates from Cisco, please see the Cisco Security Advisory.

Intel has just announced that the M5 firmware that Cisco released on January 16th is also impacted by the reboot issue that was previously seen on M4 platforms. It also impacts M3 platforms. Customers should consider the reboot impact prior to deploying the new UCS Manager 3.2(2e) or Cisco IMC Software 3.1(2e) versions. We will update our guidance as we receive additional information.

The Intel advisory also provides some performance impact data, and specifically highlights the minimal impact on CPU and memory intensive workloads. The Intel advisory is available at https://newsroom.intel.com/news/firmware-updates-and-initial-performance-data-for-data-center-systems/

Cisco preferred to release a single UCS Manager patch that supports updated microcode for all of the Cisco UCS and Hyperflex M5, M4, M3 and M2 platforms. However, due to the Intel disclosure on issues with the microcode vulnerability fix for the Broadwell and Haswell processors used in Cisco UCS and Hyperflex M4 servers causing servers to potentially reboot, Cisco will not release the previously provided microcode for M4 servers but wait for an updated version of the microcode. There will also be a follow-on impact to the availability of microcode for Cisco UCS M3 and M2 platforms. We do not have detailed dates at this time to provide firmware for Cisco UCS and Hyperflex M4, M3, and M2 systems. Cisco will update the Cisco Security Advisory at https://tools.cisco.com/security/center/content/CiscoSecurityAdvisory/cisco-sa-20180104-cpusidechannel with revised dates as they become available.

Please note that as has been widely reported in the industry, the mitigation for Spectre/Variant 2 [CVE-2017-5715] may impact the observed performance of servers. In Cisco’s testing, we are seeing little impact for CPU and memory constrained workloads. Where we are seeing an impact is with I/O intense workloads, especially with local or SAN-based storage with sequential reads and sequential writes. While there is a significant amount of variation on the various tests that we’ve run, we are often seeing a 10-20% decrease in IOPs where there is both sequential reads and writes, an increase in processor utilization on average below 10%, and at times, an increase in latency. Customer and partner discussions over the past week have provided similar performance feedback.  Other posts on performance impacts from RedHat and Microsoft may also be useful to understand the industry wide performance impacts. As always, your results will vary for your workloads, system overhead and applications.

We hope that this blog post provides further information to supplement the Cisco PSIRT Advisory and the initial UCS Response to Meltdown and Spectre Vulnerabilities blog post. UCS Manager 3.2(2e) and Cisco IMC Software are available for download now. 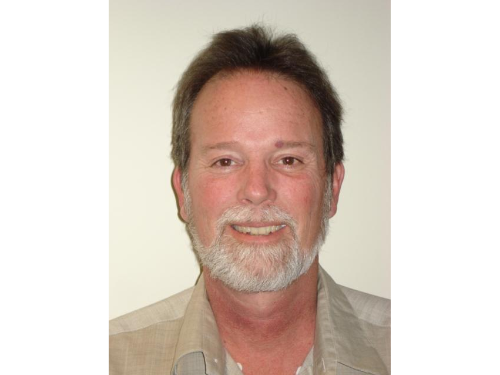 Latest Contents
Hyperflex Installer Error - Firmware versions were not fetch...
Created by kc00468 on 05-18-2021 05:13 AM
2
5
2
5
During the Hyperflex Installer, 4.5(1a) ESXi, I am getting an error message, "Error: Firmware versions were not fetched" on the UCSM Configuration page. This is after the selection of servers page. This results in the UCS Server Firmware Version field not... view more
Fabric Interconnect and MDS no flogi
Created by alex210 on 05-17-2021 10:25 AM
1
5
1
5
hi folks,  I created two vSAN one on the fabric interconnt (vSAN ID = 100) A and one vSAN on the fabric interconnect B vSAN ID (200). I created the same on MDS A (vSAN 100) and vSAN 200 on the MDS B. I changed the vHBA template vSAN from the def... view more
Cisco CIMC backup restore partial succes
Created by JanWillem on 05-17-2021 06:58 AM
0
5
0
5
Hi All, I am creating and testing backups for the CIMC remotely, these are going well but if I want to restore a backup then I get  Status: Partially imported configurationDiagnostic message: Partial Succes From IMC log: parser_ma... view more
UCS fabric extenders vs fabric interconnect
Created by yasir.ilyas on 05-16-2021 08:22 PM
1
5
1
5
Hi, So my question is pretty  basic. The C series servers  act independently and can be managed by fabric interconnects does  that  mean  they  have  built  in fabric extenders on board  that  connect... view more
UCS C220 M4 - SMS-3515-K9 - PSU alert
Created by AigarsK on 05-14-2021 06:12 AM
5
5
5
5
Hi All,I am running SNS-2515-K9 appliance for Cisco ISE and I noticed that in CIMC there is Major alarm encountered.Code: F0743 - PSU-REDUNDANCY-FAIL - Power Supply redundancy is lost. This system when purchased comes with only one PSU and as we are ... view more
Create ContentLogin to create content
Question or Discussion
Blog
Document
Project Story
Video
Related Content
Discussions
Documents
Videos
Project Gallery
Content for Community-Ad