Turn on suggestions
Auto-suggest helps you quickly narrow down your search results by suggesting possible matches as you type.
Showing results for
Search instead for
Did you mean:
Start a conversation
Options
12389
Views
150
Helpful
23
Replies

This session provides an opportunity to learn and ask questions about Cisco Nexus 3000 Series Switches hardware architecture and their role in Data Center / Enterprise switching design, configuration and troubleshooting. 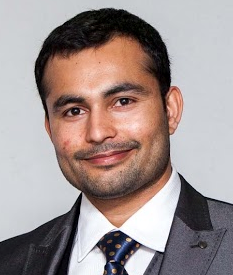 Vikash Kumar is a Customer support engineer in High-Touch Technical Services (HTTS) team supporting Data center Products. His areas of expertise include Cisco Nexus 9000, Nexus 7000/7700 , Nexus 5000, Nexus 3000, Nexus 2000, UCS, and MDS SAN Switches. Kumar has over 6 years of industry experience working with large enterprise and Service Provider networks. He has delivered several internal and external trainings on Datacenter technologies and created external documents on Datacenter products and technologies. He holds Bachelors in Information Technologies and PGDM in Cyber security from IMT Ghaziabad, India and these Cisco  certifications: CCNA, CCNP (Routing and Swtiching), CCNP (security) and he is triple CCIE (#27857) (in R&S, Security and Datacenter). He is pursuing for CCDE

** Ratings Encourage Participation! **
Please be sure to rate the Answers to Questions

3 people had this problem
I have this problem too
Labels:
0 Helpful
Share
Reply
23 Replies 23

We are receiving following UDLD empty echo error message on one of the Nexus 3000 switch connected to core Nexus 7000.
%ETHPORT-5-IF_DOWN_ERROR_DISABLED: Interface Ethernet1/48 is down (Error disabled. Reason:UDLD empty echo)

Can you kindly explain what it means and how to stop receiving it?

When this error is detected, the cause could at either side of the peer port, let say we are having topology as following:

What is wrong here?: The cause could be:

Note:- To further debug the packet flow between Sup (pktmgr) and Module, elam on N7k  can be used to capture the UDLD packet at Sup and module level

-- "show udld internal event-history msgs  | grep –A 3 –B 3 L2_RX_DATA” will show if there is any packet arrived at UDLD from pktmgr. If above steps show no packets coming at port e w/z, then the issue may be at N3k switch-A side

Repeat the same steps as with switch-B, with following commands:
-- "show interface e x/y counters”
-- "show system internal pktmgr interface e x/y”
-- "debug logfile udld-log” to log into a file with “debug udld trace”, from the log file check if there is any msg as follow to show the packet is sent to the port:

Should you be having any further query in this regards, please feel free to revert back.

we are planning to upgrade our nexus N3K-C3064PQ-10GX switches to 5.0(3)U5(1a), however in the compatibility check it is showing upgrade is disruptive?There is any possibility go with non disruptive?

Can you explain how much latency of UCS Mini FI6324 is? I mean the ASIC chipset on FI6324.

If UCS mini is using the same ASIC with N3548, that will be great for HFT or Algo trading

UCS Mini has Malibu ASIC which is based on the Monticello-CR (MTC-CR) ASIC same as on Nexus 3548/3524. And since it is the same Monticello-CR chip with just less ports hence latency is also same (~250ns) like N3500.

What are the advantages of Nexus3000 over N5500/5600 and in which scenario/Layer should a customer prefer putting N3K in his DataCenter.  Also N3k works in which mode i.e Cut-through or Store and Forward ?

Both N3k and N5k series switch are designed for low latency, top-of-rack(TOR) / Access layer deployment. And both  switch equipped with Cut-through switching mechanism. However following are few key difference in both generations of the switch, on which base you can choose the best switch for your design requirement.

Nexus 3K has comprehensive Layer-2 and Layer-3 functionality along with rich programmability feature-set for traditional L2/L3 deployments , lower per port power consumption with improved latency of 480ns and increased buffering and table sizes(Multicast,Unicast).

Where N5k have feature/functionality, which are not available in the Nexus 3000 series switches, such as:

Quick Comparison:
Apart from the cost factor, following are some hardware and software features and capacity difference:

Hope this is helpful and answers your query, let me know if you need any further information in this regards.

I hope you will help me for this issue.

I am trying to upgrade a nexus switch but it is throwing this error.

i am suspecting that your switch /var/tmp directory is not having enough space, which is causing upgrade failed.

please use following command and check the status of "/var" directory.

As you can see from the logs above  "/var/tmp" folder is almost full. To troubleshoot and fix the issue further we need to check the files under "/var/tmp" directory and need to delete the files, larger in size, as following:

should you be having any further query in this regards, please feel free to revert back.

How would you compare n3k and n9k .

Is it  wrong  choice  for DMZ where only web traffic passing mainly ?