Cisco Community
English
Register
Login
The War in Ukraine - Supporting customers, partners and communities. LEARN MORE
RegisterLogin
Options
Turn on suggestions
Auto-suggest helps you quickly narrow down your search results by suggesting possible matches as you type.
Showing results for
Search instead for
Did you mean:
Announcements
3724
Views
5
Helpful
11
Replies

I am trying to setup AnyConnect 4.1 to use a Windows DHCP server, however I am not having any luck.  I have everything configured as the guides and other posts in these forums show, but my client does not receive an IP address.

I have the server configured correctly in the tunnel group and I believe I have the group policy correct as well (the option is set to 172.24.15.0 which is my DHCP subnet).  In the packet capture, I see the DHCP Offers sent to 172.24.15.0 as the relay agent).

I thought perhaps there was an access-list issue, so for the heck of it I allowed all bootpc and bootps traffic from the server through the firewall.  No luck.

I am not sure what exactly I am missing.  Note that if I use an internal pool on the ASA with the same subnet everything works great.

Thanks in advance for any suggestions. 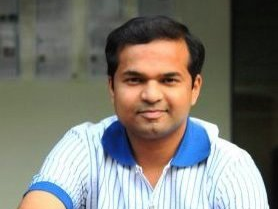 You can apply capture on ASA interface facing the DHCP server and check if the server is responding to DHCP requests and also use "debug webvpn anyconnect 255" to check the errors if any.

To stop debugs "undebug all"

I did do a capture and found the following:

DHCP Discover being sent out from the ASA

And that is it...I never see anything else.  The above just keeps happening (the server offers 4 addresses before giving up).

From what I can tell, the client or the ASA is never accepting the address or receiving the offer.

Participant
In response to kirk.frankovich

Could you post the relevant config and exported captures in pcap here?

Hope you figured it out.

Beginner
In response to Professor_Pickles

I get the same issue no matter what.. I also allowed it through the firewall just to make sure...

Beginner
In response to rgreville666

Did you ever find a fix for this?

Nope, I gave up and just ended up doing a pool. When it did work it would just stop, very flaky feature in my opinion. I was using a context and there where loads of incompatible features.

Beginner
In response to rgreville666
Ah, okay! We are having the issue where the DHCP server sends an OFFER, but then nothing back from ASA and AnyConnect client never gets IP. Configured the dhcp-subnet under the group and the tunnel-group to use that subnet-RFC thing, but no go. Working with TAC now.

Did the TAC help you resolve the use of a MS DHCP server? I'm seeing the same thing you were.

Beginner
In response to Supersix1

So the answer for me here was to use the route-lookup argument as the end of the NAT statement for the VPN clients. Ensure that is there and let me know if it works for you!

Realize this is an old thread but was struggling with this on an ASA migration (was using local pools on old ASA and wanted to use MS DHCP on new).  The route-lookup at the end of the NAT statement for the anyconnect traffic resolved the issue for me. Thanks for fix.

Latest Contents
Network Security All-in-one ASA FTD WSA Umbrella ISE VPN Lay...
Created by Meddane on 05-17-2022 06:18 AM
2
0
2
0
Multiple Cisco Security Technologies in a single book : ASA Firepower, WSA, Umbrella, ISE and VPN with 100 percent 100 practical scenarios with 70 Labs to cover important topics of the Cisco SCOR Exam. The best part is ISE with interesting scenarios wi... view more
Understanding IP Layer Enforcement on Cisco Umbrella
Created by Meddane on 05-17-2022 03:10 AM
0
10
0
10
Cisco Umbrella is a big DNS service that provides not only the DNS resolution but also if the hosted website is trust or malicious, the idea behind the Layer DNS Security is that the modern attacks uses the DNS in the first step either to redirect the use... view more
Cisco ISE Integration With F5 BIG-IP LTM Load Balancer for G...
Created by Meddane on 05-15-2022 02:24 AM
0
0
0
0
I shared with you this detailed document I created with 27 pages about Cisco ISE Integration With F5 BIG-IP Locar Traffic Manager LTM Load Balancer for Guest Acces.   The method used for Guest Access is the Self-Registration. Healt Monitor using HTTP... view more
Cisco ASA 9.714 version SNMP not working in EVE-NG LAB Envir...
Created by waqas.muhammad49 on 05-10-2022 06:56 AM
0
0
0
0
I created an IPSEC Site to site Tunnel between two ASA Firewalls in EVE-NG topology and i want to plot the IPSEC Site to Site VPN graph on PRTG ? The SNMP Walk command is not getting any output . As the firewall is making SNMP inbound connections with the... view more
ISE Integration with Eduroam External Server
Created by deepuvarghese1 on 05-09-2022 08:31 PM
3
20
3
20
The purpose of this document is to demonstrate how ISE can integrate with an eduroam external server which is a WI-Fi roaming service that provides international access to devices in education, research, and higher education. Students, teachers, and resea... view more
Ask a Question
Create
+ Discussion
+ Blog
+ Document
+ Video
+ Project Story
Find more resources
Discussions
Blogs
Documents
Events
Videos
Project Gallery
New Community Member Guide
Related support document topics