Turn on suggestions
Auto-suggest helps you quickly narrow down your search results by suggesting possible matches as you type.
Showing results for
Search instead for
Did you mean:
Start a conversation
Options
3048
Views
0
Helpful
9
Replies

I have a routing problem here with routing in PIX515E version 6.35. I have some Client PCs located in the DMZ interface of the PIX515E, they connect to PIX using Cisco VPN Client (IPSEC VPN), after that these PCs can be routed to access Servers (static route) located behind Internal interfaces of PIX. I have some Servers located remotely having Internet Access, the gateway router remotely connect to PIX Outside Interface (Internet) using IPSEC VPN then routed to inside Interface (static route).

Just wondering if there is any restriction for the routing in PIX?

Thanks for the answer. 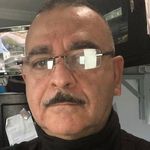 Thanks for posting , sorry for late reply  been a bit busy!

I am   not to clear  about how you are routing your networks ,  personally I try being more granular in what is routed where when using static routes  with large /16s prefixes .

and also you have  nat exempt rule as:
nat (inside) 0 access-list nonat

for DMZ resources RA VPN 172.16.45.129   to access far end Server  through that  L2L VPN from outside interface   you  would  need to allow it in your L2L Tunnel acl in far end as well for the interesting traffic .

Does the far end have access-list  for the L2L tunnel is permiting  the RA VPN Client  Network ID ?

Let us know how it works out,   I will revisit your config and post again a bit later.

From what you have discribed   is not a routing issue but instead a restriction,  please correct me if I missunderstood.

You need a feature known as same-security-traffic  permit intra-interface, also known as hairpining , in which traffic can go out on the same interface in came in , usually for IPsec.   This feature was introduced in code 7.x  ,  you would simply need code upgrade from 6.3.5 to 7.x or above to take advantage of this feature.  My recomendation  upgrade your PIX to ASA  , PIX is EOL.

Many thanks for the quick response. I think your understanding is all correct, I will see how it goes after the firmware upgrade.

But could you explain to me the hairpin here? The Client PCs are connected from DMZ interface while the remote server connected from Outside Interface? They are different Interface. Or are we talking about the IPSEC itself a logical interface?