Cisco Community
English
Register
Login
We are launching a new events program "Support Talks" to help you support your deployments as a pro - LEARN MORE
<
RegisterLogin
Options
Turn on suggestions
Auto-suggest helps you quickly narrow down your search results by suggesting possible matches as you type.
Showing results for
Search instead for
Did you mean:
706
Views
0
Helpful
0
Replies
Highlighted

I was getting frustrated with a music streaming issue on Windows 8 which I have just discovered is being cause by a WebEx component/process - ptoneclk.exe.

I eventually discovered the culprit – the WebEx process “ptoneclk.exe”.

So now after a WebEx I now have to run “taskkill /F /IM ptoneclk.exe” from the command prompt to kill the process.

Don’t know if this has the same impact on other Windows versions or other OS’s.

Latest Contents
Introducing NIM-PVDM DSP Voice Module
Created by Lokesh Kumar Lal on 10-30-2020 08:20 AM
0
0
0
0
NIM-PVDM is the Next-generation digital signal processor (DSP) module with an onboard DSP daughter card which eliminates the need to procure an additional T1/E1 NIM card in order to utilize a PVDM4 chip for IP media services. This module enables the new C... view more
Cisco Device Pack Needed - cmterm-devicepack8.6.2.26169-1.co...
Created by jasonrothwell on 10-29-2020 03:39 PM
0
0
0
0
Hello,I'm looking for this device pack that's no longer available on Cisco's download section. cmterm-devicepack8.6.2.26169-1.cop.sgnThanks, Jason
SS7INNIC EMS User Data Question.
Created by foxr on 10-29-2020 02:13 AM
0
0
0
0
QuestionGood morning. I am looking for the equivalent of the System Manager Guide Supplement for the SS7INNIC as found on the UCCE CallRouter. Specifically, There should be a table for the EMSUserData Mapping so I can drill down on specific informati... view more
EMC Networker for UCCE
Created by fvaliyev1 on 10-27-2020 11:51 AM
0
0
0
0
Hi there, I wonder if anybody uses EMC Networker (with VM snapshot) backup system on the UCCE VMs (Rogger, HDS/AW, PGs)? Thanks
Facebook messenger integration with Social Miner (SM) and Cu...
Created by Microcisco on 10-27-2020 10:38 AM
0
0
0
0
Hello guys,As I have read the Facebook messenger could integrate with UCCX to handle chat as webchat support,. there is a webhook on Facebook that instructed us to write the CCP URL with HTTPS as a Callback URL after writing the tokens from UCCX to FB and... view more
CreatePlease login to create content
Discussion
Blog
Document
Project
Video
Related Content
Discussions
Blogs
Documents
Events
Videos
Projects
Content for Community-Ad
Webex User Discussion Webex Adoption Discussion How to Use the Community
Online Classes Help Center Share a Product Idea 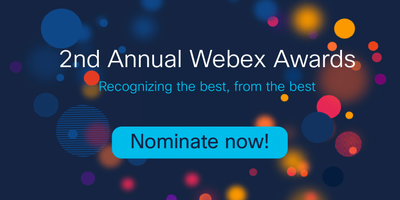