Cisco Community
English
Register
Login
Welcome Cisco Designated VIP 2021 Class in the 10th Year Anniversary of the Program -- CHECK THE LIST
RegisterLogin
Options
Turn on suggestions
Auto-suggest helps you quickly narrow down your search results by suggesting possible matches as you type.
Showing results for
Search instead for
Did you mean:
314
Views
0
Helpful
3
Replies
Highlighted

I've been getting this Ad-Hoc warning on the WLSE, the name is PwC80211 and the MAC keeps changing on it except the manufacurer code. I've read where this is probably a Linux OS and it's scanning for other Ad-Hoc's to connect to. Has anyone else every seen this before?

Encrypted multicast streams to not cause decrypt errors at the client

Support for existing clients (no changes allowed on the client) 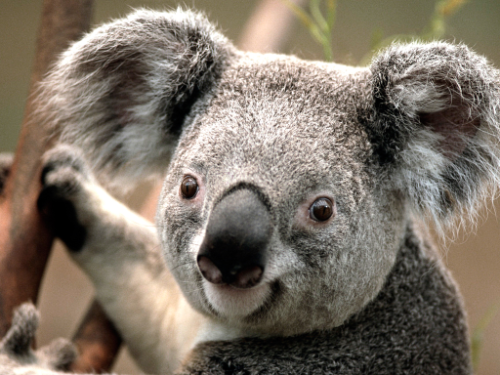 We are running WLSE 12.2 and recently upgrade to WLSE-2.x-CSCsc95401. Since then (may be a coincidence) we are seeing an AD-HOC network (WLAN)every minute and its MAC is changing every time it is reported. We can see it using a laptop or PDA, but not been able to track down exactly where it is. Have you managed to find your AD-HOC source and if so how did you go about it?

Beginner
In response to david

I knew of two laptops running Linux in the area of the reporting AP. I asked both users to please check their configurations and after that, I haven't had it reappear. I am assuming that one was incorrectly configured and was running in ad-hoc mode. I used location manager to gauge the general area of where the ad-hoc might be located. One laptop runs Linux exclusively, the other is a dual boot XP/Linux. I believe it was the Linux only laptop that was misconfigured. It either was a driver issue or configuration, the user fixed it, but if it ever reappears I'll know where to find it.

My WLSE reported the same thing filling up the log with hundreds of incidents until I tracked it down. You will see the manufacturer part of the MAC never changes, that might help you find the culprit. If you have location manager setup, use the "TX Coverage By Signal Strength w/o Overlaps" to find the distance of the ad-hoc from the reporting access point(s).

I had another instance last week where some consultants were doing an audit and had two laptops talking to one another using "hpsetup" and neither of them even knew it. I also found "tmobile" and "linksys" on one laptop. Here is a good article about it.

Latest Contents
How to manually connect a Cisco WLC to Cisco DNA Center for ...
Created by Richard Jang on 01-14-2021 05:50 PM
0
15
0
15
Table of Contents Table of ContentsOverviewConnecting a Catalyst 9800 WLC to Cisco DNA Center ManuallyConnecting an AireOS WLC to Cisco DNA Center ManuallyCisco DNA Center Assurance Deployment Guide References   Overview The purpose of this document... view more
IOS-XE PSK Blog
Created by SAY on 12-03-2020 07:33 AM
1
5
1
5
Securing devices without 802.1X   PSK (Pre-Shared-Key) WLAN is widely used for consumer & enterprise IoT onboarding as most of IoT device doesn’t support 802.1X. While PSK WLAN provides an easy way to onboard IoT, it also introduces challenges as... view more
Lightweight AP - Fail to create CAPWAP/LWAPP connection due ...
Created by timsmith on 12-02-2020 01:19 PM
39
55
39
55
Problem Description: Due to the certificate expiration, any new Control and Provisioning of Wireless Access Points (CAPWAP) or Light Weight Access Point Protocol (LWAPP) connection will fail to establish. The main feature that is affected will be the Acce... view more
Cisco WiFi Overkill for Homes
Created by quelopera58 on 11-23-2020 10:10 AM
3
5
3
5
Looking to provide wifi overkill in my home. It's two story with a basement. I am thinking two aironet 1600's. What do you think?Let me know if there is some other model I should be looking at.
Wireless Config Analyzer Express v 0.5.7
Created by Javier Contreras on 11-18-2020 08:00 AM
3
15
3
15
Where to download Attached files on this post Alternatively, cloud version (only summaries) General information: New implementation for the WLC Config Analyzer. it is a new re-write of the application, with clean up and improved checks Support for IOS... view more
CreatePlease login to create content
Discussion
Blog
Document
Project Story
Video
Related Content
Discussions
Blogs
Documents
Events
Videos
Project Gallery
Content for Community-Ad