Welcome to the new Cisco Community. LEARN MORE about the updates and what is coming.
Turn on suggestions
Auto-suggest helps you quickly narrow down your search results by suggesting possible matches as you type.
Showing results for
Search instead for
Did you mean:
Start a conversation
Options
471
Views
0
Helpful
6
Replies

Has anybody found these problems with this card model?

Yes, we are currently encountering the same issues at a local hospital. We can be setting directly underneath an AP pinging another client or the switch the AP is plugged into and watch the pings gradually increase in time until it drops. After usually 2 dropped packets, it will re-authenticate and run fine for several more minutes. We spoke with both Cisco and Intel, neither having a solution.

We did implement WDS which helped from an application standpoint. We were still seeing dropped packets every several minutes but it's re-authentication time was faster helping prevent as many dropped applications.

Our solution was to install an external Wireless NIC. It didn't matter which brand external NIC, ping rates smoothed out and were consistant with no drops. We ended up using Cisco cards so we could do LEAP, but that definitely fixed our issues.

There is a problem with the Proset 2200BG and I wish someone would come up with a fix. We spent money we didn't have to fix an issue we shouldn't have had. 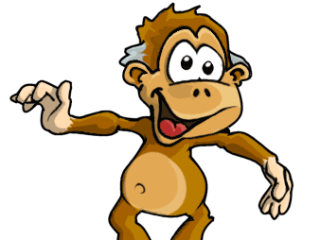 I am also having an issue with EAP-TLS and Intel Pro Wireless 2200BG cards the cisco Atheros Card i have works fine and is stable.

I am going to try a few things other the next week so i will keep you posted if i ind anything.

The laptop i am using are HP (May make a difference)

Beginner
In response to marks
Options

We found that the brand/model of the laptop made no difference as we had four different laptops all with the Intel 2200BG card in them and all had the exact same issue. We think we have definitely narrowed it down to the Intel card. We also found a page on the Intel website talking about the problem and its possible fix. Their solution doesn't work and they claim that the next driver will fix the issue. They also claimed that the last driver revision would fix the issue and it did not. Here is the link so you can see for yourself.

It is a shame that you will have to go with an external card, but that seems to be the only fix right now. Our fix for the future was to order all of our laptops with an HP or IBM internal card instead of the Intel. Both seem to work great with no drops.

Beginner
In response to d.beaver
Options

In my case , I've solved my problems with this driver release

With version 9.0.2.1 it works fine, with upper versions there are problems

I hope it can help you

Beginner
In response to d.beaver
Options

I seem to have resolved this issue (i think ;) )

have a look at the EAP-TLS timeout for re-negotiation.

I found that when the system tries to re-authenticate if it does not do it within 20 seconds then the network connection drops.

I made this 40 seconds and it seems to be stable.

Not sure if this will help but give it a go.

This only seemed to improve the laptop with issues.

Intel has just come out with an updated driver, you may want to download it. I know they were having problems with the previous version, per their webpage. You can download the new software here:

and see a description of the problem here: