Turn on suggestions
Auto-suggest helps you quickly narrow down your search results by suggesting possible matches as you type.
Showing results for
Search instead for
Did you mean:
Start a conversation
Options
4938
Views
10
Helpful
4
Replies

Just today we are seeing an issue with the latest Firefox version showing a blank page under "Voice CSQ Summary Live" gadget in Finesse (v11). Its stuck on "Loading Reports..". On workstation that have not yet upgraded their Firefox it works fine. As soon as you upgrade Firefox the issue appears.

Anyone else seeing this issue?

7 people had this problem
I have this problem too
Labels:
0 Helpful
Share
Reply
1 Accepted Solution

Try the Firefox ESR release, not the "normal" one. You'll see it in the compatibility notes and some other discussions on here, the "regular" version has issues and you're asked to use the ESR version.

Try the Firefox ESR release, not the "normal" one. You'll see it in the compatibility notes and some other discussions on here, the "regular" version has issues and you're asked to use the ESR version.

Beginner
In response to bill.king1
Options

We had the same issue with our UCCX agents when FireFox automatically updated to the 73.0.1 version.   I opened a TAC case and the resolution was to install an ESR version of FireFox (68.5.0).  Once this was installed, agents were able to see their queue again.  I uninstalled the current version first and then installed the ESR version.  We also had an issue when the ESR version did not show the queue, but it was because the agent's password had a special character that CUIC does not allow and it could not retrieve the live report that it displays in Finesse.  Once the password was changed  the report/queue displayed. 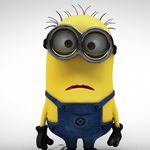 Applying the Latest Service release did not fix the issue. It tool the Cop file to fix.

What is the fix for this issue now that Firefox 68 is End-of-Life and ESR is 73?