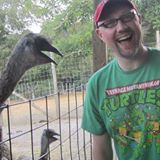 I have an existing directory number, with a DID attached.  Right now that call rings through to every phone that has that extension programmed into it as it should.

I want these calls to be answered instead by a Call Handler in my Cisco Unity environment first - and then give the caller the option to go to the programmed extension.  I am having a hard time wrapping my head around how this will work.  Changing the DID number is not really an option.  And it seems that if I forward these calls to voicemail --- when users try to use the option to ring these phones, it will loop straight back to Unity.

Can someone give me a clue on how I should be routing these calls?

We have many of these type of setups

with a new number on the same phones.

Then create a CTI-RP on CUCM with the DID number, use the Forward-All

to voicemail to get the calls over to Unity/Unity Connection. Have the Call

Handler route the calls back to the newly created "shared" line after the message is played.

as a CTI-RP and route to Unity/Unity Connection, create Call handler as 5555

"Celebration it's around us, every nations, all around us.
Singin' forever young, singin' songs underneath that sun" - K'naan

Latest Contents
Camera not working on WebEx Meeting , It's working on other ...
Created by NadeerBabu on 09-28-2020 01:09 AM
0
0
0
0
One of our user camera not working on WebEx meeting, camera works about 3 second then camera stuck, if we click on Stop Video WebEx is not responding. Camera working on all other application MS Teams, Skype etc except WebEx, I have tried the below options... view more
Do you blog, vlog or podcast? The 2020 IT Blog Awards is now...
Created by aalesna on 09-24-2020 02:32 PM
0
0
0
0
The 2020 IT Blog Awards, hosted by Cisco, is now open for submissions through October 16. Submit your blog, vlog or podcast today. For more information, including category details, the process, past winners and FAQs, check out: https:... view more
Registering a Cisco TelePresence Endpoint to CUCM
Created by Elias Sevilla Duarte on 09-23-2020 11:41 AM
0
0
0
0
(view in My Videos) This video demonstrates the process of registering a Cisco TP endpoint to CUCM
UC Smart Licensing down?
Created by LakeShow on 09-21-2020 10:18 AM
1
0
1
0
We have CUCM and CUC (v12.5) which has been directly registered to Cisco's Smart Licensing, but today's I noticed this error from RTMT "Smart Licensing Authorization Renewal Failure". I tried to force the re-authroization and re-registration and now it sa... view more
Customer Device Activation RC API Provisioning User Guide
Created by bcolyear on 09-21-2020 02:40 AM
0
0
0
0
CreatePlease login to create content
Discussion
Blog
Document
Project
Video
Related Content
Discussions
Blogs
Documents
Events
Videos
Projects
Content for Community-Ad