Cisco Community present at Cisco Live EMEA 2023. See you in Amsterdam! Learn more.
Turn on suggestions
Auto-suggest helps you quickly narrow down your search results by suggesting possible matches as you type.
Showing results for
Search instead for
Did you mean:
Start a conversation
Options
353
Views
0
Helpful
2
Replies

I have a customer that has a custom CUE script that I am trying to edit. Right now the script plays through 3 times and then transfers the caller to the operator. What I am trying to do is change the script so that it only plays through once and then goes to the operator. I am not well versed in working with the CUE Script Editor however I've tried several different things to make this work, none successful. My initial thought was that I needed to change the Timeout portion of the menu to follow the same process as option 0 which transfers to the operator as well. Then I found out that it actually is working like that except that it is playing the script 3 times. I found the maxRetry var set to 3 and changed it to 1 thinking that should fix the issue. That also had no effect on the script function. I did open a case with Cisco but since this is a custom script that isn't supported they told me they couldn't help me. I thought maybe someone here might have some insight or thoughts on this issue. Any suggestions are greatly appreciated as I have about had it with this issue. I will attach the .aef to the post.

1 person had this problem
I have this problem too
Labels:
15374497-main01.aef.zip
0 Helpful
Share
Reply
1 Accepted Solution 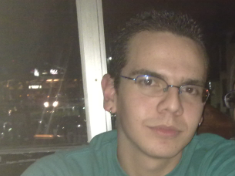 That worked great! Thanks so much for the help!