Cisco Community
English
Register
Login
Thank you for your support! We're happy to announce that we met our goal for the Community Helping Community campaign! LEARN MORE
RegisterLogin
Options
Turn on suggestions
Auto-suggest helps you quickly narrow down your search results by suggesting possible matches as you type.
Showing results for
Search instead for
Did you mean:
2169
Views
0
Helpful
9
Replies 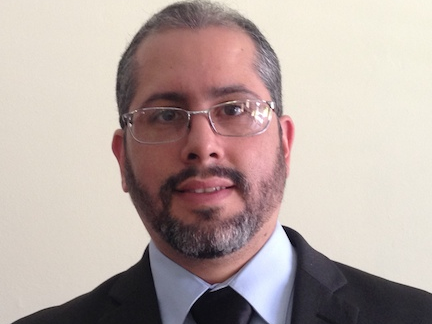 I'm trying some configurations MPLS-TE with PBR in 7600 with SRC3 code and has not been able to make it work.

I have tried CBTS and regular autoroute tunnels and they work fine but not a regular mpls-te with PBR.

I've been following sample configurations and still not been able to make it work.

The lab has the following setup:

set mpls-label !<-- also have tried without this

And I can see the counters of Tunnel 105 going up but no response, nor any debugging related to it.

I have done "debug mpls packet" and but I can't see anything related to labels going on.

What am I missing? Is MPLS-TE with PBR really possible? How does it apply labels to the PBR packets?

This design is not currently supported. The tunnel interface belongs to the global routing table and the interface on which you applied your PBR belongs to a VRF.

So the VRF doesn't know the existence of your tunnel interface.

PBR with MPLS-TE works if the interface on which you apply the PBR policy belongs to the Global Routing Table as well.

This design is not currently supported. The tunnel interface belongs to the global routing table and the interface on which you applied your PBR belongs to a VRF.

So the VRF doesn't know the existence of your tunnel interface.

PBR with MPLS-TE works if the interface on which you apply the PBR policy belongs to the Global Routing Table as well.

Thanks! I misunderstood the documentation and there is a lot of misleading information in mpls-te books. That is why I was trying to figure out how that could work, specially with the labels and I was trying to test it on the lab. 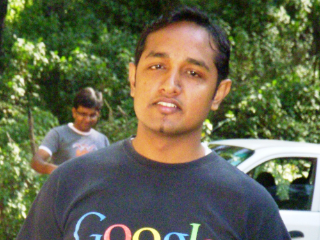 It means if the SP is using vrf for its offices in that case they won't be able to provide PBR. Any other workaround for the same.

To have a dedicated tunnel per VPN:

1- Static routes in the VRF should work by specifying only the tunnel interface as the outgoing interface (no next-hop).

2- Another solution can be to change the BGP NH for each VPN:

- You have two VPNs configured on PE1 and PE2

- BGP is build over Loopback0 IP addresses as usual

The idea is to create two new loopbacks one PE2 (L1 and L2) and to configure PE2 to use those loopbacks as BGP NH:

on PE1 just add two static route so each loopback will be reachable via two different TE tunnels:

If you have other PEs with sites connected to these VPNS as well and you are not using TE tunnels, you need to redistribute L1 and L2 into the IGP so those other PEs will have a LSP to PE2 as well.

I agree if PBR could be aware of the interface in the GRT, it would be an easier solution.

Beginner
In response to Laurent Aubert

I understand good the solution number 2 and i didn't know that it was possible to change the next-hop for each VPN.

I wrote this one too fast without thinking enough. I think I had vrf leaking to GRT in mind ..

Thanks for this good catch.

Beginner
In response to Laurent Aubert

If I have previous vrf that do not configured with bgp next-hop command.

would it cause the any problem to previous vrf that default not configure with bgp next-hop command ?

Cisco Employee
In response to tckoon

By default the PE will use the loopback configured as its BGP source-address as usual so nothing to worry about.

Latest Contents
(Podcast) S8|E48 Cisco Hierarchical Controller
Created by Amilee San Juan on 12-01-2021 11:14 AM
0
0
0
0
Listen: smarturl.it/CCRS8E48 Follow us: twitter.com/CiscoChampion One word describes the life of network operations, and that word is complex. It’s no wonder when your responsibility is to maintain multi-layer IP and Optical networks that span m... view more
The 2021 IT Blog Awards is now accepting submissions!
Created by caiharve on 11-30-2021 01:58 PM
0
0
0
0
The 2021 IT Blog Awards, hosted by Cisco, is now open for submissions. Submit your blog, vlog or podcast today. For more information, including category details, the process, past winners and FAQs, check out: https://www.cisco.com/c/en/us/t... view more
(Podcast) S8|E39 The Future of Wireless
Created by Amilee San Juan on 09-28-2021 08:12 AM
0
0
0
0
Listen: https://smarturl.it/CCRS8E39 Follow us: twitter.com/CiscoChampion5G and Wi-Fi 6, the next generation of mobile wireless technologies are here! But what does that mean? Where and how is 5G being deployed? What is Wi-Fi 6? Who’s on first? ... view more
loadbalancing identify member or path a flow takes on ECMP o...
Created by xthuijs on 08-04-2021 06:26 AM
6
0
6
0
The question loadbalancing is one of the more complex items in hardware forwarding. of course we have talked about it many years on cisco live (id 2904) with ever incrementing more detail. and there is the support forum article on loadbalancing. while it... view more
How to scale IOS-XR Telemetry with InfluxDB
Created by Bruno De Oliveira Novais on 07-30-2021 11:39 AM
1
5
1
5
IntroductionArchitecture Building BlocksIOS-XR RoutersConfigurationPerformance VerificationOptimizationStrict timerSome more verificationThe CollectorInfluxDBDatabase statistics and HealthClosing comments This document was written in collaboration with: ... view more
Ask a Question
Create
+ Discussion
+ Blog
+ Document
+ Video
+ Project Story
Find more resources
Discussions
Blogs
Documents
Events
Videos
Project Gallery
New Community Member Guide
Related support document topics