Cisco Memory for the 26xx and 26xxXM routers

Is there a difference between the two platforms and the memory sticks that are used on them? or are they both interchangagle with? 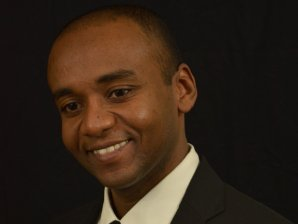 The 26xx and 26xxXM routers generally have different amounts of memory. I believe that cisco no longer sells memory upgrades for the 26xx.

For the older hardware (especially the 26xx hardware), when memory is an issue some customers look at 12.2(40) since it generally requires a smaller amount of memory for the same feature sets - just realize that the code will be end of engineering next month. I am not recommending you go to this code but sharing another customers solution with you.

Beginner
In response to Eehab Suliman

last question would be for the CCIE lab as per the Cisco 360 or InterNetworking Experts. I need two backbone routers. now which IOS  feature set wouId need to run the backbone routers?

for INE they say to setup the lab with 2501s, but I have access to a bunch of 2600xm routers which I want to use. how would you convert the BB2 and 3 routers to 26xxXM routers running the same or similar feature sets? (also RAM requirements)

Cisco Employee
In response to dbakopanos

I do not think we will lose out on an important feature as 12.2 T train has merged into the 12.3 mainline.

Latest Contents
Dynamic Routing Protocols with IPv6: Configuration, Verifica...
Created by ciscomoderator on 04-13-2021 02:39 PM
0
0
0
0
To participate in this event, please use the  button to ask your questions Dynamic Routing Protocols & IPv6 Have any questions on dynamic routing protocols with IPv6? In this event we will answer all your questions related to dynamic routing pro... view more
Living on the Edge with the Secure Cats
Created by almuench on 04-07-2021 01:34 PM
0
0
0
0
The cat's out of the bag! In October 2020, Cisco announced the Next Generation of Enterprising Routing Platforms: the Catalyst 8000 Edge Platforms Family including the Catalyst 8200, Catalyst 8300, Catalyst 8500, and Catalyst 8000V. The new family of Cats... view more
Community Live- Smart Licensing Using Policy (Routing) – A S...
Created by Cisco Moderador on 04-06-2021 06:31 AM
0
0
0
0
Community Live- Smart Licensing Using Policy (Routing) – A Simplified Licensing Approach (Live event -  Tuesday, 18 May, 2021 at 9:00 am Pacific/ 1:00 pm Eastern / 7:00 pm Paris) This event will have place on Tuesday 18th, May 2021 at 9:00 hrs PDT&nb... view more
Networking and Data Center Products Overview (Spring 2021)
Created by Kelli Glass on 03-31-2021 12:46 PM
0
0
0
0
Welcome to the overview guide that covers the latest in Cisco Networking and Data Center innovations and new product introductions. You'll find information on Intent Based Networking updates, special promotions and free trials, as well as exclusive upcom... view more
**New Episode** Cisco Champion Radio: S8|E13 Build Your IT F...
Created by aalesna on 03-30-2021 02:52 PM
0
0
0
0
Listen: https://smarturl.it/CCRS8E13 99% of organizations use certifications to make hiring decisions. The reason is simple: Cisco certifications bring valuable, measurable rewards to certified IT professionals and the organizations that employ them.... view more
Create ContentLogin to create content
Question or Discussion
Blog
Document
Project Story
Video
Related Content
Discussions
Blogs
Documents
Events
Videos
Project Gallery
Content for Community-Ad