Cisco Community
English
Register
Login
Great changes are coming to Cisco Community in July. LEARN MORE
RegisterLogin
Options
Turn on suggestions
Auto-suggest helps you quickly narrow down your search results by suggesting possible matches as you type.
Showing results for
Search instead for
Did you mean:
2177
Views
0
Helpful
15
Replies

NAT issue - (over same link) static-NAT works but PAT (for rest of hosts) does not !

2901 router with two (one used) DSL intf’s on board and its two GE ports connected to a switch via Port-Channel sub-int’f (router-on-a-stick is implemented).    The router has two other WAN (Internet) connections via a Satelite link and a MetroEthernet link.   These two are terminated on the switch on intf’s at the appropriate VLAN’s.   At attached topology scheme I depict them all collocated on the router for “simplicity” (logical topology) since the router has intf’s at the corresponding networks.   The aDSL and Metro links have an 8-IP public set, each.

Most servers/hosts utilize VLAN 10 (int port-channel 1.10) but they need to forward their internet traffic to corresponding Internet links so PBR is used.    VLAN/subnet (all /24) pairs are:

All servers use static 1-1 NAT while all other hosts/PC’s use the Metro link (PAT).

What is puzzling is that traffic is matched (by ACL) and NAT does occur but all I see (via “sh ip nat tra”) are the translations of the DNS requests !   Nothing else !   To top that, tracerouting a public IP does lead to the target but when hitting that same public IP (not by name) on the browser can’t load the page !

Could pls someone spot what I’m missing !!

All help is appreciated. 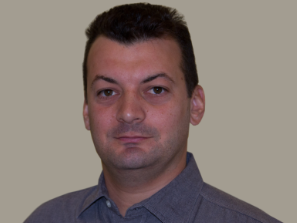 After studying the provided config I've concluded to the below:

3. Unfortunatelly in order for the NAT rules to apply in a PBR scenario the respective ACLs need to be configured pointing to the appropriate outgoing interface (e.x. Port-Channel 1.64).

4. Since the need is for 1:1 NAT for the servers then the NAT statements should be in the form of

As an extra if you want a complete control over PBR there should be no default gateway static routes. The routing should take place in the route map statements since it could give a better control over it and remove the additional complexity of having routing through PBR for some hosts and static routing for all the others.

Hope that helped a little. I will be more than glad to hear your feedback on this.

That's what I initially had !   Afterwards I replaced it with "any".

It didn't have any effect though.   After all I do not get any hits there !

Do you have any firewall rules etc. anywhere that might be blocking traffic ?

No security configured -yet- at the router (as you may see there is no security related ACL anywhere and no "access-group" command is used).

Nothing on the PC either !   I did all tests with my laptop picking-up and testing each and every one of the IP's for static NATting as well as many different other IP's.   For instance, at the clipping for "sh ip nat tra" I attached I had the 10.0.0.221 at the time.

Have you tried just removing the last PBR statement ?

was not there in the first place - I got it there assuming it would help but it didn't.   Actually - as mentioned - it does not get any hits !

Looking at the output from your first post of the route map the match clauses are all using different acls than in your configuration.

Have you modified it for posting ?

Sorry for the delay in replying, the site is not making it easy at the moment :-)

I can't see anything obviously wrong with the configuration you posted and you do seem to be getting some translations for 10.0.0.x hosts which is weird to say the least.

I know you said you can't access web pages but if you try do you actually see translations for that connection ?

Enthusiast
In response to Jon Marshall

I wonder if there is any significance in the fact that on the "show ip nat trans" they are all udp translations. And you say that DNS (udp) seems to work but web pages don't load (tcp).

Can you do a "debug IP nat" and send some requests through?

Beginner
In response to mfurnival

Hi there - thanx for responding.

I really can't answer that but, if DNS does not get through nothing else would...

I have not kept a NAT debug -- if I recall correctly, because I didn't observe anything of significance -- I do have "deb ip packet" that didn't make much of it; you're welcome to have a look.

I know Jon...   It took at least half-hour to create this conversation and upload the files !!

I do not see any entries in the NAT table for the target site (pulic IP) - if that is what you mean...    Only DNS requests !   In addition, I tried to connect to our own WebVPN site via its public IP address (to bypass a DNS issue) and still nothing !

To top that, tracerouting to that destination worked just fine !   I haven't kept a proof for that - I might as well try it again...

Can the 10.0.0.x clients resolve DNS queries properly ie. you can traceroute to a public IP and you see DNS requests in the translation table but nothing else.

Which suggests it may be that the clients are not getting back a DNS response with the IP address so they then don't make a connection to the web server.

I appreciate you cannot hit the web page using the IP not the name but some web servers don't display if you try and connect with the IP address.

I can't think why DNS wouldn't work for them but would for other subnets though.

That's my assumption too, Jon - just cannot figure-out why these specific hosts do not get their DNS requests resolved; hence no additional TCP connections...

As I mentioned, when hitting a public IP address via the browser I used our own ASA's portal page which I know for sure works that way !