Hi everybody.
I have to configure - on the same router - two different layer 3 gateways for the same subnet / vlan. The two layer 3 interfaces have to be in different VRFs.

The first layer 3 already exists: it is a SVI interface in vrf XYZ and ip address X.Y.Z.1/24.
Now I have to configure the second layer 3 interface on the same router. Obviously I can't use the same vlan id (I can't configure two interface vlan X),
so I thought to configure a routed interface with ip address in the same subnet (X.Y.Z.10/24) but in a different vrf (see attached file). Unfortunately it seems it's not working:
the switch connected to 7600 "sees" the routed interface mac-address from the 7600 switch access port on vlan X. I think it depends on the system-wide vlans
used by 7600.

Any suggestion about how to meet the goal?

Labels:
Preview file
20 KB
I have this problem too
0 Helpful
Reply
10 REPLIES 10

I have re-read this a few times and I can't quite picture what you are trying to do. Is this a test/hypothetical question or is there an real-world networking outcome you want to achieve?

Beginner
In response to Elliott Willink

unfortunately this is a real case: a request from a client of my company. It's a bit difficoult to explain how and why we arrived at this foolish requirement, but the heart of the matter is that I have to achieve this architecture. 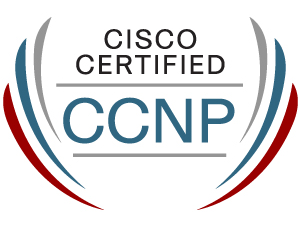 Even though it sees the same mac address it is on a difference vlan.

Question though are you using Access port on the Switch or trunk? if you are using trunk make sure you allow only the right vlan.

Beginner
In response to Edwin Matos

Beginner
In response to Fabrizio Nurra

Here is my research.

Known facts: We are not able to change sub interface mac address.

1) I Plugged interface g0/0 and g0/1 of  a router into the same Vlan 1 of a switch, and only one of interface will obtain and IP Address. This is because they are on the same domain and 2 interface can not have the same subnet without a VRF setup.

2) I Created SITE1, and SITE2  VRF into two separate interface G0/0 G0/1 or could be sub interfaces as long as they are on a separate physical interface, and landing on the same vlan of the switch. Both Received an IP address from the same subnet DHCP(vlan1).

3) This won't work with they are sub interface with different VRF on the same physical interface, this is due to the fact you are landing on the same broadcast domain, basically you are separating the layer three on the router but no the layer 2 on the switch which depend on mac addresses

Beginner
In response to Edwin Matos

Is it not possible to use dot1q subinterfaces? Something like:

Beginner
In response to mfurnival

in this case, I shuld configure the access switches with a trunk interface. But that's not possible, as the server are in the same vlan. Refer to the picture I attached.

This configuration could work, but I'm sure I would use at least one physical interface, something like:

Unfortunately, this is an operating environment, with critical services, so I can't do many tests 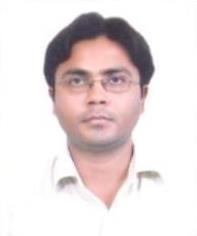 Can you explain what requirement leads u in this type of setup. May be we can think of some other way