As part of Cisco Customer Experience program, we are working towards a more uniform user experience and terminology harmonization. This program runs across all Cisco security products.

We are aligning the terminology used in the system across Cisco and the network security industry. As a result, these changes have been implemented:

Updated Terminology in the Incident Detail 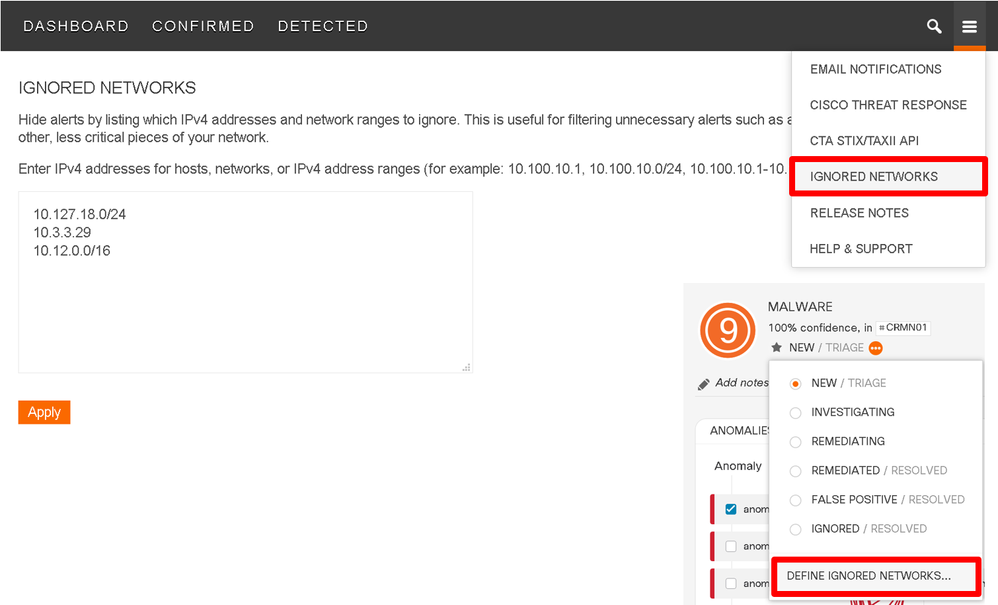 The Cognitive UI now offers Casebook – a small widget that allows for submitting of observables directly to Cisco Threat Response. More details on Casebook can be found in the following blogpost: https://blogs.cisco.com/security/cisco-visibility-casebooks-saving-you-time-when-you-need-it-most

You can enable Casebook using the icon or in the Cognitive Threat Response menu.

Better support for moving indicators from the page to Casebook will be improved in subsequent releases. 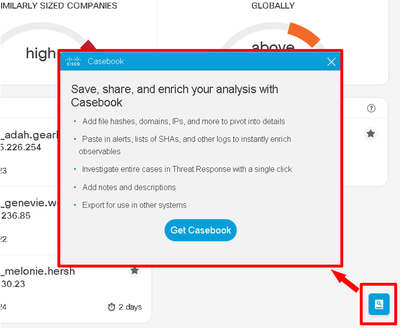 In August and September, we added to our growing list of machine-learning-powered Confirmed Threat detections provided by the Cognitive Intelligence engine. We added two net-new Confirmed Threat types (see list below) and increased detection rates for previously-existing Confirmed Threats in the past six months.

List of new Confirmed Threat types in August and September: 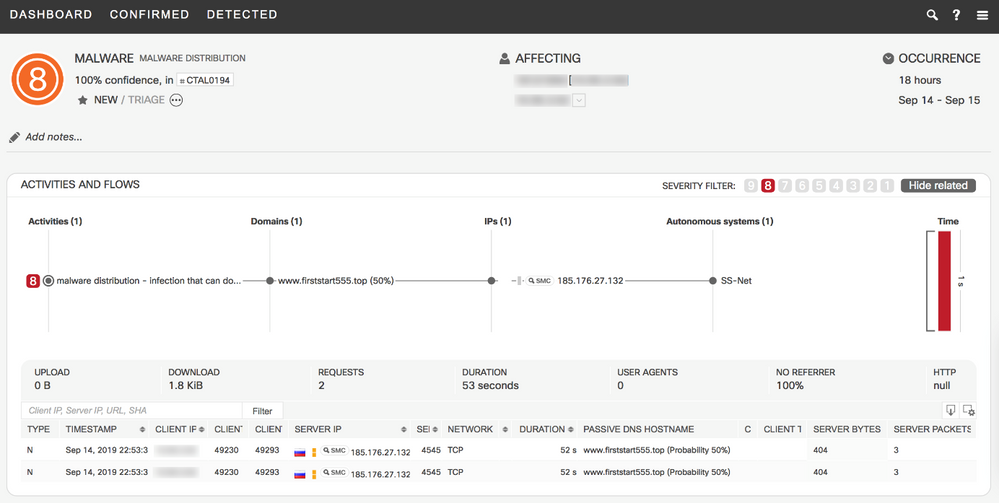 Cognitive Intelligence capabilities are available to AMP customers with a compatible web proxy such as the Cisco Web Security Appliance, and all Stealthwatch Enterprise customers. Reach out to your account executive to learn how to turbocharge your existing cybersecurity investment with Cognitive.